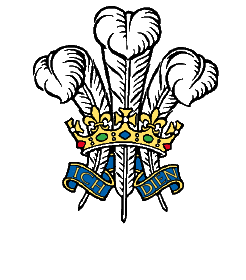 The British tailoring house of Anderson & Sheppard drew its foundations and soft drape house style from the work of a Dutchman, Frederick Scholte and a Swede by the name of Peter (Per) Gustav Anderson.

At the turn of the 20th century, Cutter and Master Tailor Scholte began working from 7 Savile Row, whereupon he embarked on cutting what was soon to become recognised as the London Cut or English Drape. The pioneering style was a reaction to the narrow, more constricted tailoring of Victorian times and was to mark one of the most influential moves in modern tailoring.

Per Anderson was already an established Savile Row tailor, founding the company as it is today in 1906. He was mentored by Scholte, apprenticing with him before moving on to develop the cut and style himself. Anderson & Sheppard was later to become the most celebrated practitioners of the English Drape.

Ironically, for what is now an institution of British tailoring, Anderson & Sheppard (and indeed Scholte too) were initially seen as the renegades of Savile Row tailoring. Their appropriation of an easier, more fluid style went against the establishment and its tradition of more structured military tailoring; they were civil tailors. Scholte had found a fan in the Prince of Wales (later to be the Duke of Windsor) who embraced the softness of Scholte’s new style and hailed his work. However, Scholte’s desire to maintain a low profile and his reticence to being introduced to new customers—even from within the Royal circle itself—meant that society would instead call upon the services of Per Anderson and his partner, trouser cutter Sydney Horatio Sheppard.In 1927, to accommodate its expanding business, Anderson & Sheppard moved across the street from its original premises at 13 Savile Row, to a larger and more imposing shop on the corner at 30 Savile Row. The location, like the company’s fluid signature cut with its soft shoulders and ease of movement, were to remain reassuringly constant for the eight decades that followed.

The 1930s were a golden age for Savile Row tailor Anderson & Sheppard. Its clothing had graced the shoulders of Charlie Chaplin, Cole Porter and Rudolph Valentino during the 1920s and the momentum continued in the next decade. Douglas Fairbanks Jr, Gary Cooper, Laurence Olivier and George and Ira Gershwin were just a few of the men who were recommended by their friends and welcomed through its doors. Whilst the company eschewed publicity, its well-known network of customers from the theatre, Hollywood, society and politics made it an influential force in the world of men’s style.Throughout the decades that followed, Anderson & Sheppard maintained its tradition and core stylistic values. Whilst in the 50s and 60s London’s West End flirted with changing fashions and menswear focus, and the 70s and 80s saw several members of the Savile Row community diversify into ready-to-wear and made-to-measure clothing, Anderson & Sheppard upheld its house style, bespoke traditions, and focus on continued craftsmanship—all in support of its unwavering mission to dress men in comfortable, understated elegance.

The Move to Old Burlington Street

In 2005, only one year short of a century on Savile Row and with its building due for redevelopment by the landlord, Anderson & Sheppard relocated to its current premises at 32 Old Burlington Street, just 176 yards from its former home. The faithful and loyal followed and were immediately charmed by the welcoming, and more intimate, atmosphere of the new shop. The open design allowed customers to walk through into the cutting room to watch first hand their clothing being cut and see the wall of customer patterns that the cutting team uses as a constant reference. The display of books with each client’s measurements in the shop, and the familiar faces of the company’s staff, provided reassuring reminders not only of Anderson & Sheppard’s illustrious past, but of its vibrant present. In 2011, John Hitchcock, Head Cutter and Managing Director, became Grantee for the company’s Royal Warrant to HRH Prince of Wales. The firm’s relationship with Prince Charles was highlighted the following year in 2012, when he paid an official visit to the bespoke shop. After decades as a customer, His Royal Highness spent time in the cutting room and workshops, meeting staff and appraising the bespoke process at first hand. The tour of the company also reinforced the importance and sustainability of wool in menswear as highlighted by the Prince’s role as Patron of the Campaign for Wool.

Another major milestone of 2012 was the opening of the Anderson & Sheppard Haberdashery at 17 Clifford Street. A perfect counterpart to the rules and discipline of Bespoke Savile Row tailoring, it offers crafted, updated, classic clothing, sourced and designed exclusively for the company by the very best makers in the UK and Europe. As well as specialising in made-to-measure trousers (with 12 styles developed by Anderson & Sheppard Bespoke cutting team), the shop offers a rich variety of men’s shirts, knitwear, outerwear, ties and pocket squares, all conceived to work with more casual clothing or to complement a business suit or sports jacket.

Bruce Boyer has been visiting London’s Savile Row – the birthplace of tailoring – for almost sixty years. He shares stories of some of the tailors he’s met along the way and what they revealed about this august and esoteric world.