Categories: Haberdashery, Inside the shop
By Anda on 25th May, 2016 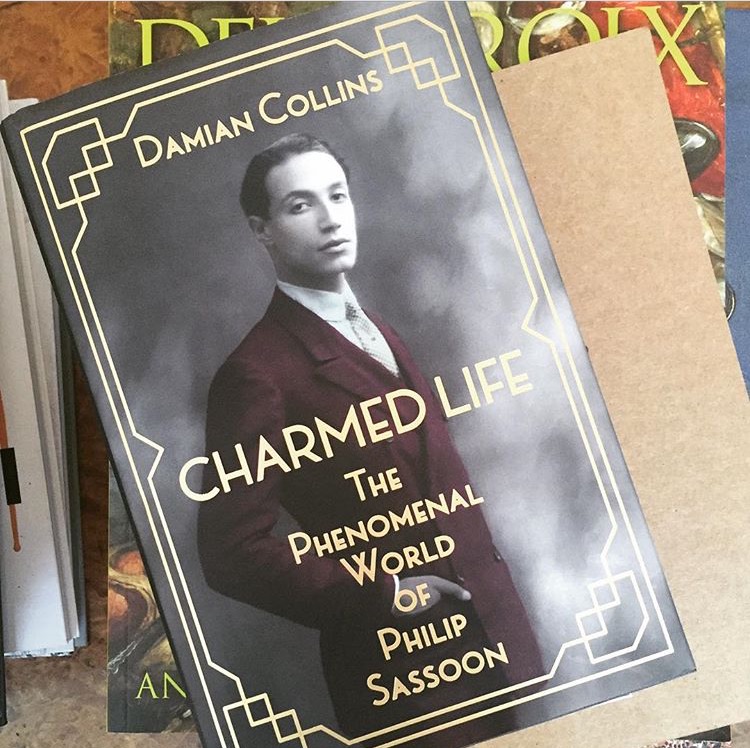 Charmed Life: The Phenomenal World of Philip Sassoon is the latest edition to our coffee table book collection. It tells the story of a fascinating man who connected the great politicians, artists and thinkers at the height of British global power and influence. Many thanks to Damian Collins for sending it to us. Anderson & Sheppard is mentioned on page 109:

“Phillip’s tailor was the Swede Per Anderson, from Anderson & Sheppard, then at number 13, who regarded Scholte as his mentor. Scholte revolutionized men’s fashion and brought Savile Row into the twentieth century through the creation of what became known as the ‘London cut’ or ‘English drape’. They were ‘civil’ tailors who designed suits coats using softer fabrics which draped naturally from the shoulders, as opposed to the traditional tailors who made coats based on the principles of military tailoring, with high shoulders and stiff fronts, designed to make you stand to attention. The idea that a suit should be comfortable would not have been a primary consideration to a Victorian gentlemen.

The Prince recalled in his memoir, A Family Man, ‘My father and his generation, except when in the country, remained imprisoned in frock-coats and boiled shirts. All my life (until adulthood), I had been fretting against those constrictions of dress which reflected my family’s world of rigid social convention. It was my impulse, whenever I found myself alone, to remove my coat, rip of my tie, loosen my collar and roll up my sleeves – a gesture aspiring not merely to comfort, but in a more symbolic sense, to freedom’.

Some men may have thought it scandalous that a Dutchman and a Swede should be allowed to rewrite the rules of Savile Row tailoring. Their new look required a certain panache on the part of the wearer, and the Prince was the perfect model to polarize this.”