Categories: Bespoke Tailoring, Inside the shop, Our Team
By Colin on 13th June, 2017

We are honoured that Alain Elkann, a long time friend and a most elegant customer, chose to include us in his column in yesterday’s La Stampa and on his site alainelkanninterviews.com.

Alain Elkann is an author, intellectual and journalist who was born in New York, 23rd March 1950. Internationally well-known, his books have been translated into languages including French, Spanish, Portuguese, Russian, Hebrew, Turkish and Japanese. Interview work in English includes dialogue with Prince Hassan Bin Talal of Jordan, To Be A Muslim, and The Voice of Pistoletto with the artist Michelangelo Pistoletto, published autumn 2014 by Rizzoli Ex Libris. 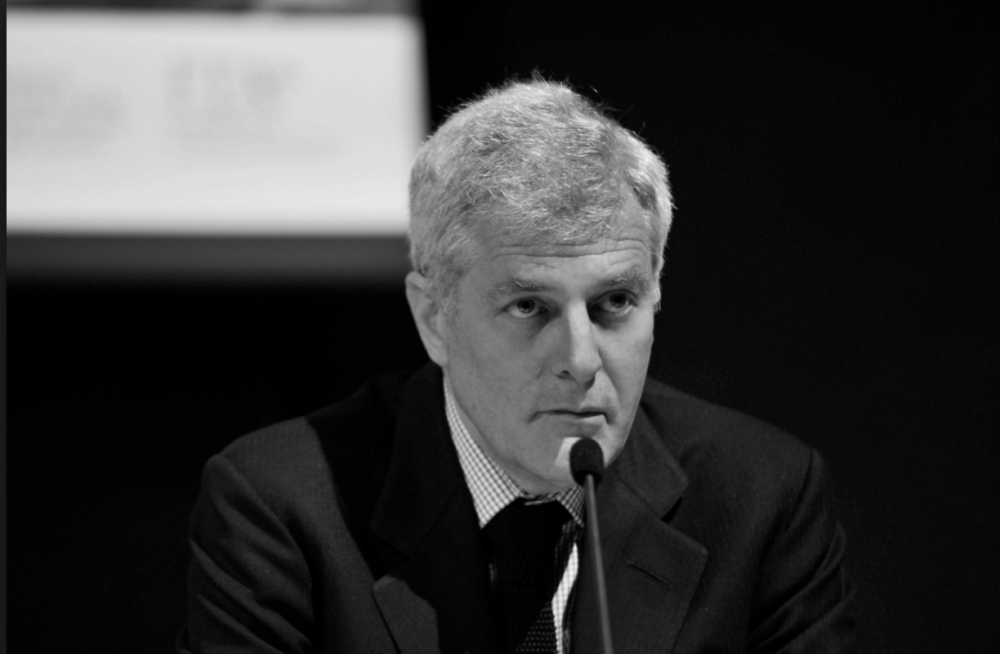 Alain has maintained a weekly interview column for the Italian national daily newspaper La Stampa since 1989. His archive encompasses an impressive range of celebrated subjects, including award-winning writers and editors; film stars and directors; fashion designers and businessmen; artists, collectors and museum curators; politicians and diplomats; economists and historians; thinkers and human rights activists.  Two books of classic interviews have been published by Bompiani.

Alain conducts his interviews with precise, simple and elegant style. In pithy conversations some of the most well-known and successful personalities of our time reveal what makes them tick. Each interview crystallises into a unique story as his subjects express their lives and loves. 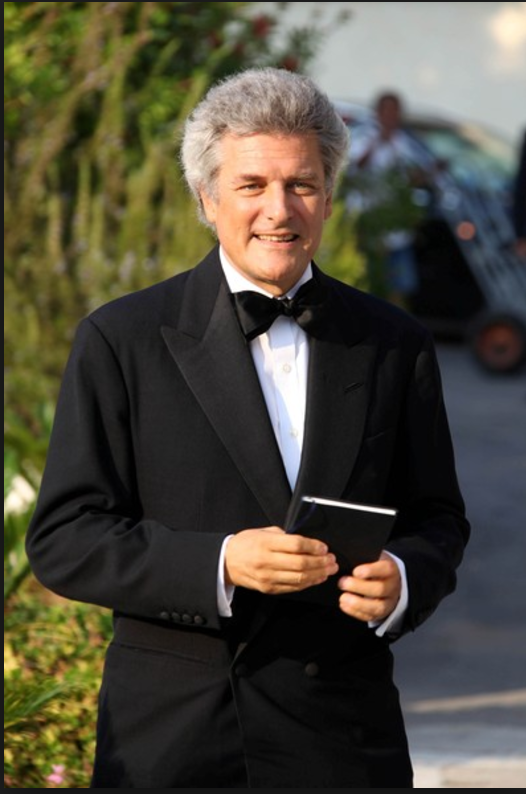 How often do your customers bring a suit back in for care and repair?

Sometimes we see it 25 years later or it’s been worn so much it comes in two years later. There is a lot of sponge cleaning and invisible mending or patching or buttons being changed going on. We do a lot of alterations, but some people who regularly change shape have two sets of suits, one for each shape or size. 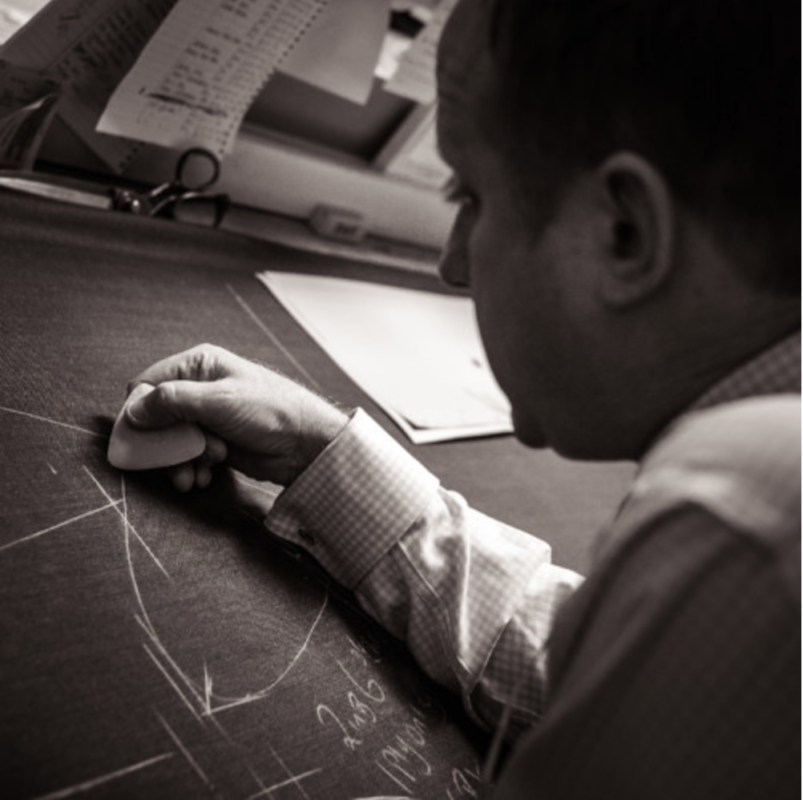 What is a good customer for you?

There is a good customer who only ever makes one suit, there is another one who orders two a year. We had one US client who had eighty suits made in one year! An order for eighty suits sounds wonderful, but all the work that year became focussed on him and he was in his Seventies. Now we have more customers ordering fewer suits and the team prefers that. Some clients remain for many years, others are seasonal. One customer who saved up for one suit now has seven or eight and became an addict. He says, “If my wife asks if I have been in, don’t say!” This was not the deal he made with her! Each time he comes in he says, “This is definitely the last one!” Our clients are not necessarily wealthy people. 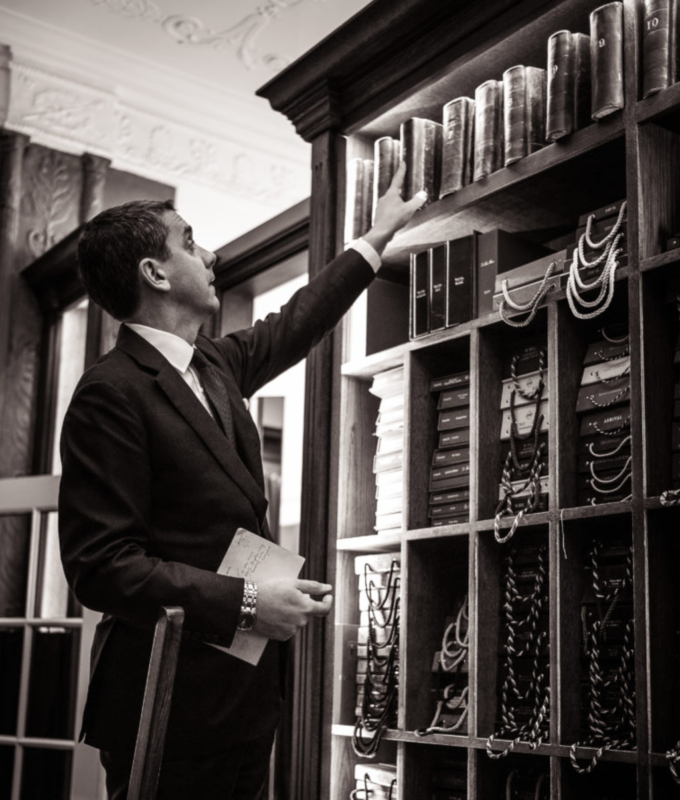 Are new customers sometimes shy about coming through the door?

It can be quite scary, but niche businesses like ours can have a voice through the internet and Instagram. Even when coming in with a recommendation our young customers check online. People now are looking back beyond their sometimes not very elegant fathers to their grandfathers, people who look good like Michael Caine and Terence Stamp.

Yes, and there are more sports jackets now. People want to mix it up by wearing jeans and a beautiful Prince of Wales Tweed check coat, or navy blue suit trousers and a jumper. While the idea of a wardrobe still exists with the more traditional customers, younger buyers mix it up, understand style and are self-educated. Morning suits and dinner jackets have come back, as well as some white tie. What is in the shop window is very important. People see it and they want it.