Categories: Bespoke Tailoring, Our Team
By Colin on 29th September, 2014 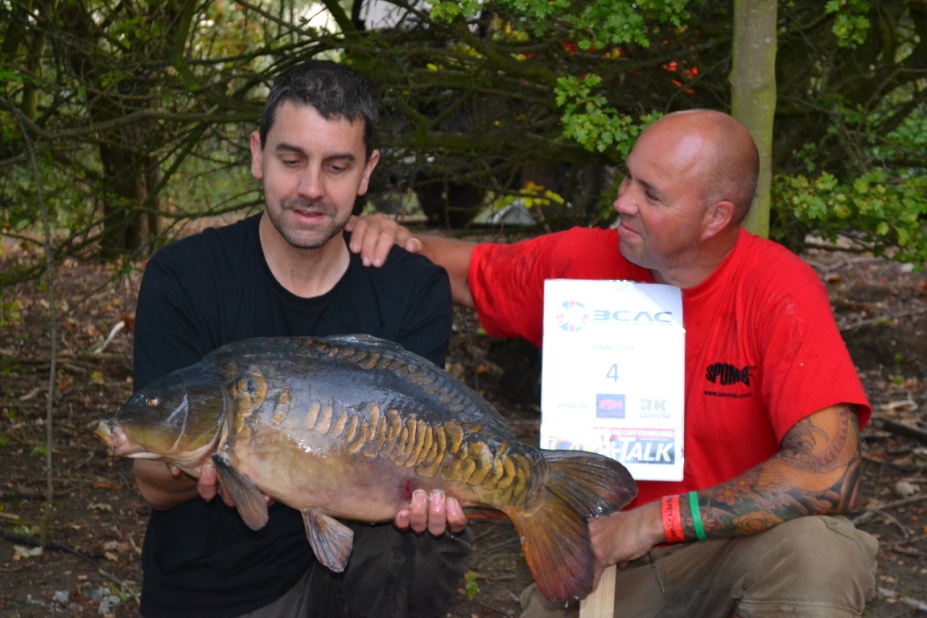 September 12th and the day of our British Carp Angling Championship final was finally here. The venue was the iconic Wraysbury 1, a forty five acre lake steeped in history situated a short distance from Heathrow airport. Me and my fishing partner Steve would be competing against 18 other teams in a 48 hour match to decide which team would be crowned The British Carp Angling Champions of 2014. The team with the heaviest combined weight of carp accumulated over the 2 days would be the winners. There were cash prizes for 1st, 2nd and 3rd but the title and trophy of British Carp Champions was the real prize that everyone was after.

To decide which teams fished where; the swims (pitch where you fish from) around the lake were numbered 1 to 20 and a draw would decide who had first pick. The first team pulled out the hat would get to choose first and so on…there were 20 swims to choose from, so the last team picked out of the hat would at least have a choice from the 2 remaining swims. All the competitors spent several hours patrolling the lake prior to the draw trying to decide the best areas. Steve and I had a clear idea of the swims we thought offered the best chance of success; we just hoped for a good draw giving us a good chance of picking a decent swim.

At 9am all the competitors gathered for the draw and you could really feel the tension, this was make or break and a bad draw would leave us with an uphill task. First out the hat were Paul Gordon and Vernon Kearl and they opted for swim 3. More and more names were pulled out and Steve and I watched on as our favoured swims were picked off one by one. We were finally picked out 13th and opted for swim 4 which was our 8th choice swim so it could have been a lot worse. 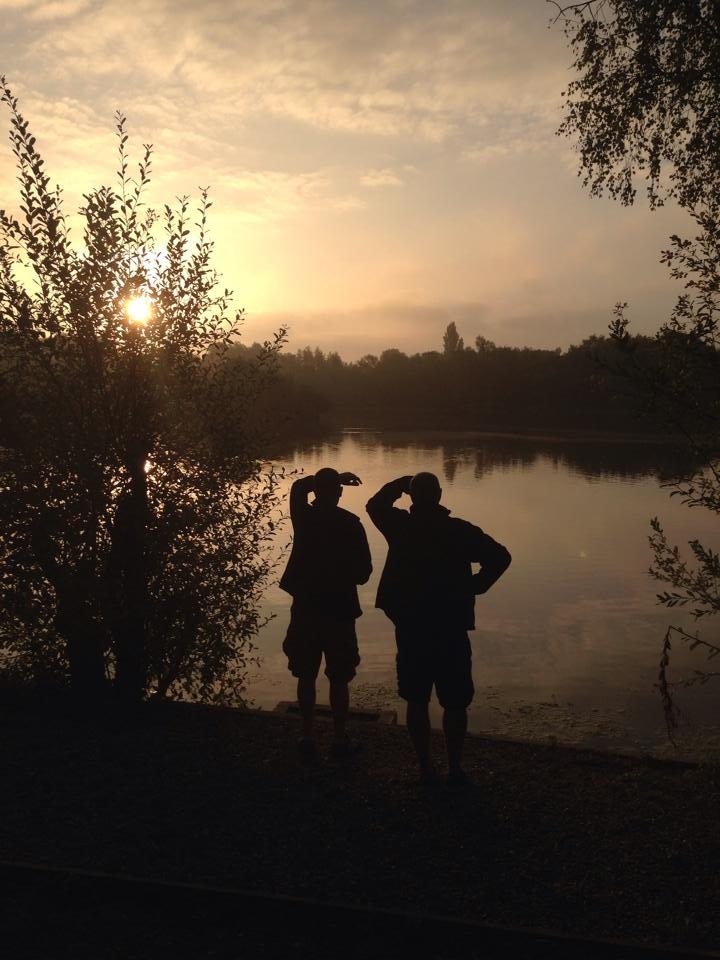 We made our way to our swim and set up camp, this would be home for the next two days. At 12 noon the hooter sounded to signal the beginning of the match, at 12 noon on Sunday it would sound again to signal the end. The first carp was caught about half an hour into the match and came from swim 7. That was our second choice swim..oh well it was early days but we fancied that area strongly and It was no surprise to us that it produced a fish so quickly. Shortly after the carp from peg 7 had been weighed and recorded, Steve received a bite and hooked into a carp for us. Without too much drama the carp was landed and at 16lb 5oz it put us into first place!

Our lead only lasted a few minutes however, as the team fishing in swim 17 caught a 26lb carp shortly after to put them firmly in the lead. An hour later and my line tightened up and a firm strike saw me attached to another carp. The weed that grows in the Wraysbury is very severe; growing to the surface even in 20 feet of water and the carp will always try to seek sanctuary in it which often results in a lost fish. The carp I was attached to swam straight into a thick weed bed and despite applying lots of pressure I just couldn’t budge it.

The camera crew arrived in our swim to film the action and after a few minutes more pressure the carp came free of the weed and I started to play it in. It should have been just a formality to land the carp, but just a few yards from the net the hook dropped out and the carp sunk away into the depths, rotten luck but I was not too disappointed with the loss as it was still very early in the match. Unfortunately that was the last bit of action that came to our rods for the remainder of the day.

The lake was fishing very hard and by Friday evening Steve and I were still in second place. During the night other teams started catching and by Saturday morning we had slipped down to 4th. Saturday was very tough going and we did not receive a single bite. The team in peg 7 who also happen to be good friends of ours were starting to build up a decent lead. Going into Saturday night Steve and I had dropped down to 7th place, but we were only 33lb from 3rd place which is only 2 carp on a lake such as Wraysbury. 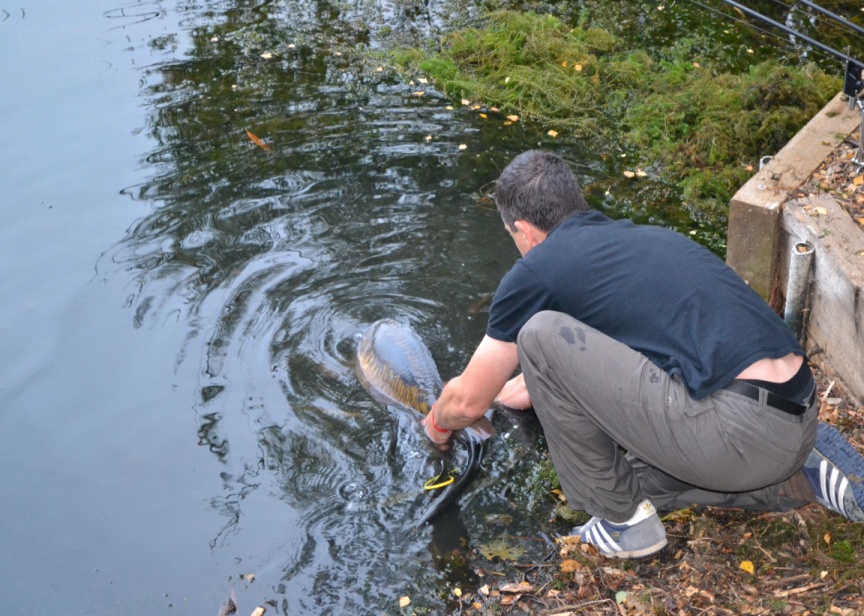 At 6am on Sunday morning whilst we were warming ourselves with a cup of tea my right hand rod signalled a bite and I was bent into a carp once again. Once again this fish powered into a thick weed bed but with the aid of the boat I had it on the move again and this time there was no mistake and into the net it went. The weight was verified at 16lb 7oz giving Steve and I a combined weight of 32lb 12oz moving us up into 6th place and only 17lb 1oz off 3rd place. We still had around 6 hours to go and anything was possible. Conditions looked good for another fish and the excitement was building but sadly the clock was against us and at 12 noon the hooter blasted out to signal the end of the match.

Our good friends Neil Rivers and Chris Holmes, fishing in swim 7, had become the new champions. They caught 8 carp for 132lb 14oz and were worthy winners; Steve and I were over the moon for them.  The whole weekend was really enjoyable and we took it right to the last minute just missing out on a place on the podium. It had been an amazing journey making it through all the way to the final and an experience I will never forget.