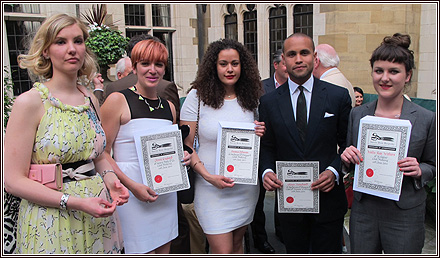 Friday 5th July saw the Bespoke Tailors’ Benevolent Association summer party take place at the Merchant Taylors’ Hall in the city. Held annually, it is always a fun night held for a worthy cause. This year it was particularly memorable for three of us at Anderson & Sheppard. Jennie, Sunna and myself were awarded our SRB diplomas in making, making, and cutting respectively. Awarded by Michael Skinner from Dege & Skinner, three out of the five receiving diplomas this year were from A&S – an achievement in itself. 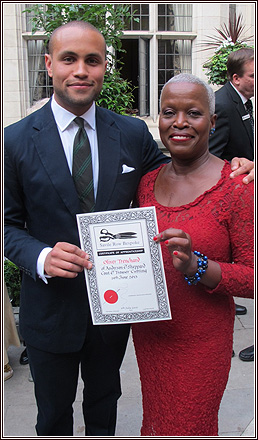 Oliver Trenchard and his Mother with his cutting diploma. 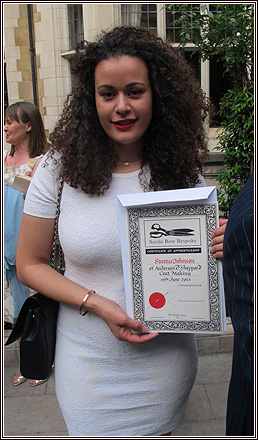 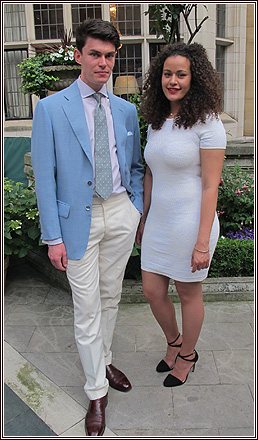 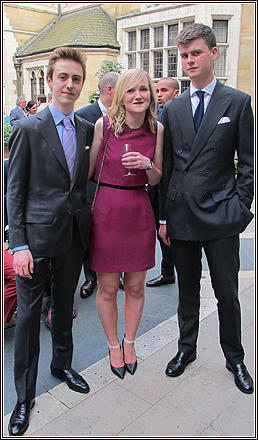 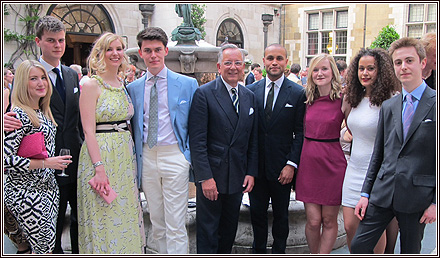