CUTTING FOR OUR PRESENTATION AT LONDON COLLECTIONS: MEN 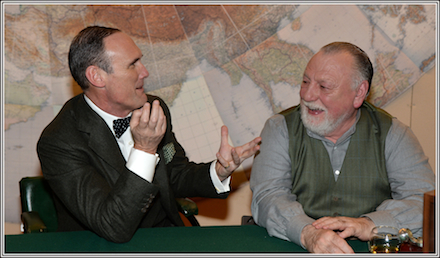 Last November I was asked to cut and fit some pieces for the upcoming Savile Row show as part of London Collections Men.  This was a great opportunity for me to be involved in such a tremendous event and one which grows in stature every season.

Initially Anda and Jo Levin came up with a story for the show and then individual pieces could be thought about. When I heard about the 40’s theme I was very excited.  Its a great era of menswear and the cloths that we used were interesting in colour, weight and texture.

I was given three garments to cut.  An overcoat, a sports jacket and a vest, all for three different models.  They were all treated like normal customers as I measured them and drafted individual patterns.  We had two fittings for each of them, without any major alterations.  (it is easier to cut for a gentleman with model proportions!)  Seeing the outfits that myself, Leon, Oliver and Leslie cut really made the event feel real and gave me an idea of the look that the stylists had in mind.

Fast forward to the week of the show and the excitement and stress levels had reached an all time high!  Last minute alterations, changes in models and odd pairs of shoes all added to this.  Seeing the Churchill War Rooms for the first time on that Monday really convinced me that I was part of a special event.  The dummies in the exhibit were to be replaced by living, breathing models bringing the whole venue back to life.

The night was a great success and included bypassing the queue which had spilled out onto the street!  (A perk of being involved!) The odd famous face added to the occasion and a great night was had by all.  The Savile Row tailors who took part should all be proud of what was a great event.  I for one believe our involvement in LCM is a great thing as it helps promote the both the uniquely British style and the exceptional craft and skill that is practised on The Row. 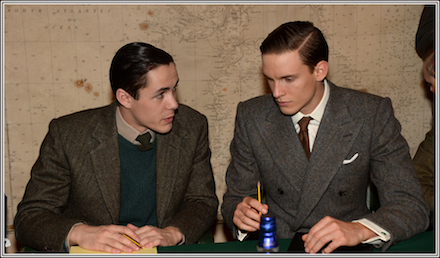 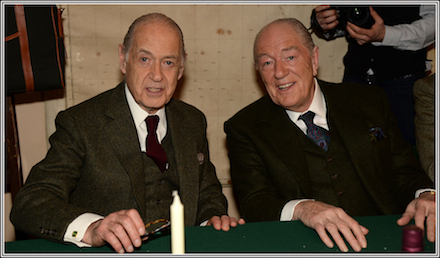 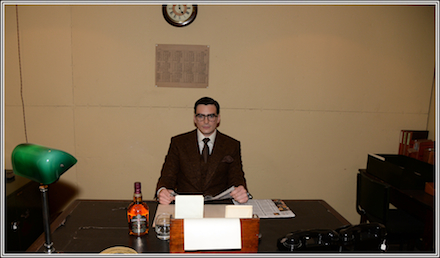 All garments above were cut and made by Anderson & Sheppard for individual customers apart from the second image down. The bespoke suit on the right was made by Edward Sexton.