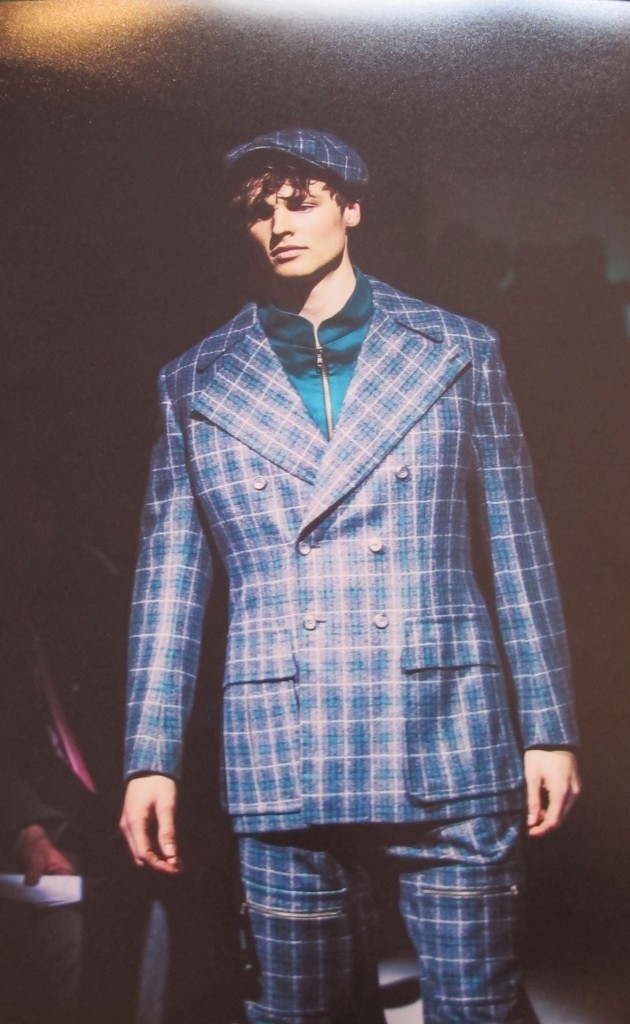 The Golden shears for me has been an absolute joy to enter and was totally worth the months of hard work getting it all finished. I was so proud to get through to the final catwalk and was thrilled to be able to show my family what being a Savile Row apprentice is all about.

Unfortunately I didn’t get the coveted trophy however the journey to the final was a very rewarding time in its self. I pushed myself to learn new techniques and also got to spend time with Keith and Michael learning how to make trousers. (Keith also taught me a lot about 80’s rock music along the way too.)

I started the project knowing exactly what the work would entail after seeing Jennie go through it all the last time. Jennie took me on after John Kyriakou retired and it has been great to have her on board as my mentor. I didn’t have a clue where to start or what to make. It wasn’t until November 2013 when I was walking down Regent  street during the Regent Street Motor show that I felt really inspired to pursue a Motorsport theme.

I grew up with the sound of Formula 1 being the background to the family Sunday lunch. My granddad was a car mechanic and my other half, Chris is also a Motorsport enthusiast so I knew that this would be a fun theme to follow which would get everyone involved. 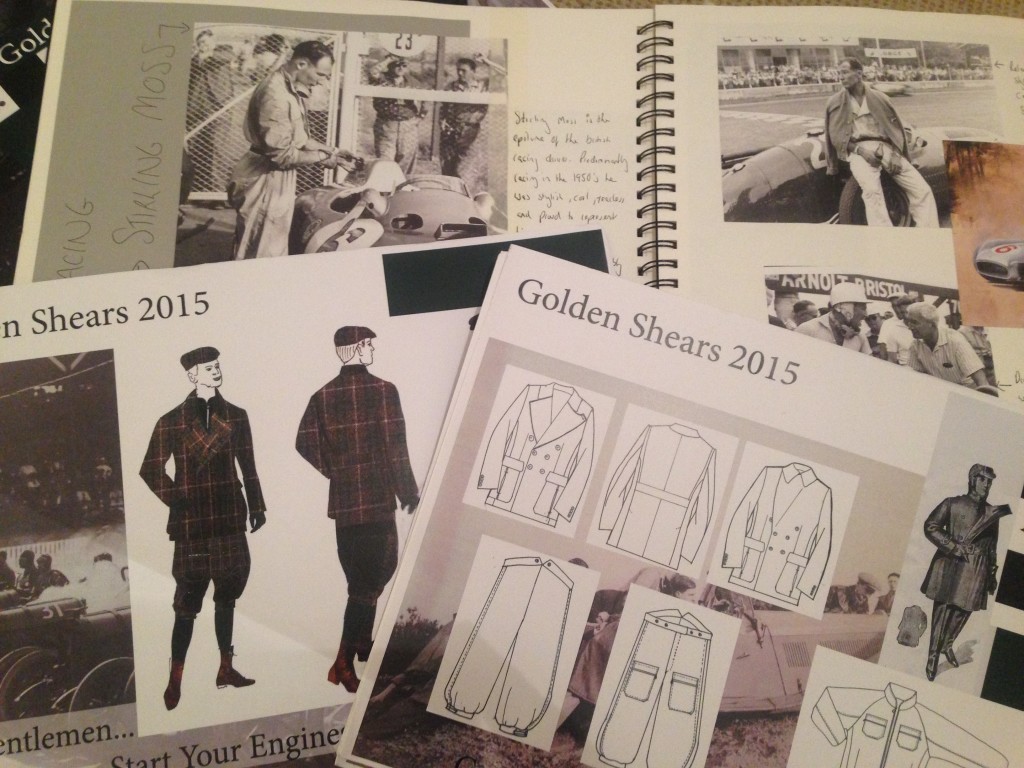 My research took me to Brooklands Motor Museum, and the images of Stirling Moss from the 1955 Grand Prix really stood out to me as they represented real British achievement. I also went to the Goodwood Revival, where I had great fun dressing up in vintage garments and Chris tested out the practice pair of plus twos that I made. I have now become a real ‘Petrol head’ and will be back to Goodwood again for sure. 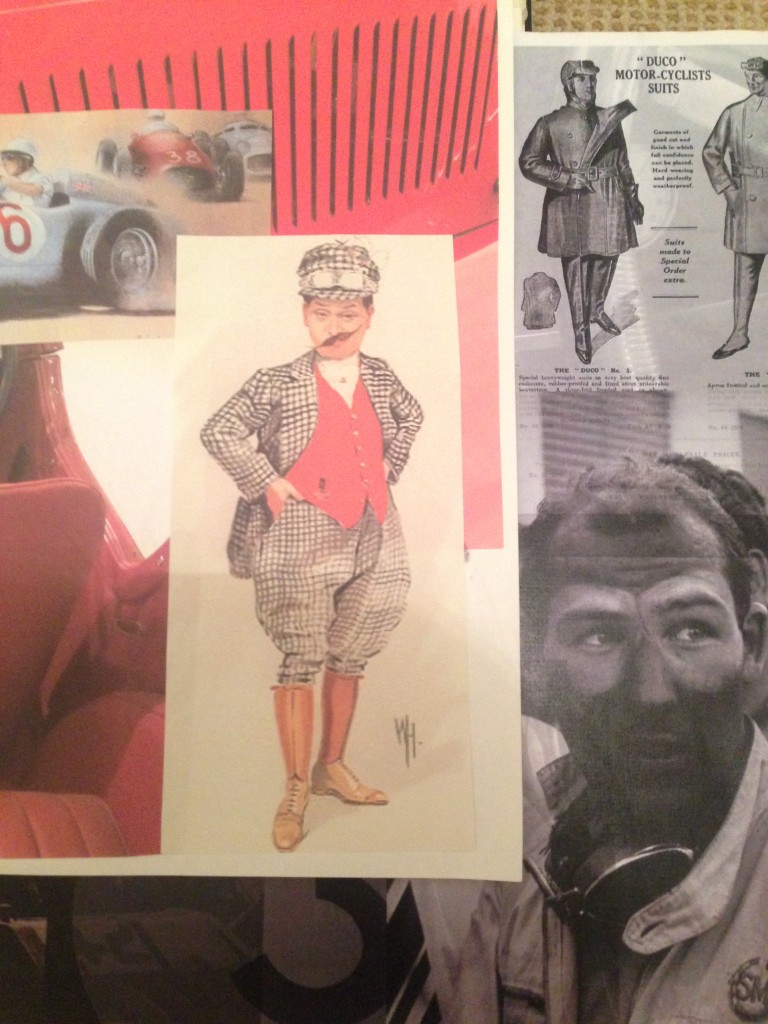 My Final design took inspiration from a traditional motoring outfit and the details found on racing overalls. A shorter double breasted jacket with pull over button up lapel, and pleated back meant that the wearer would be warm on those long country drives and yet be able to manoeuvre easily. The large pockets are functional for carrying maps and any tools needed.

The plus two’s are preferred over trousers as they won’t get muddy or get in the way of the pedals. I also made a small racing jacket underneath that is lighter and mimics the top of the overalls. The customer I had in mind would arrive at Goodwood in style in an open top vintage car, take off the double breasted jacket and hop straight into a Jaguar C-Type and race into the distance. 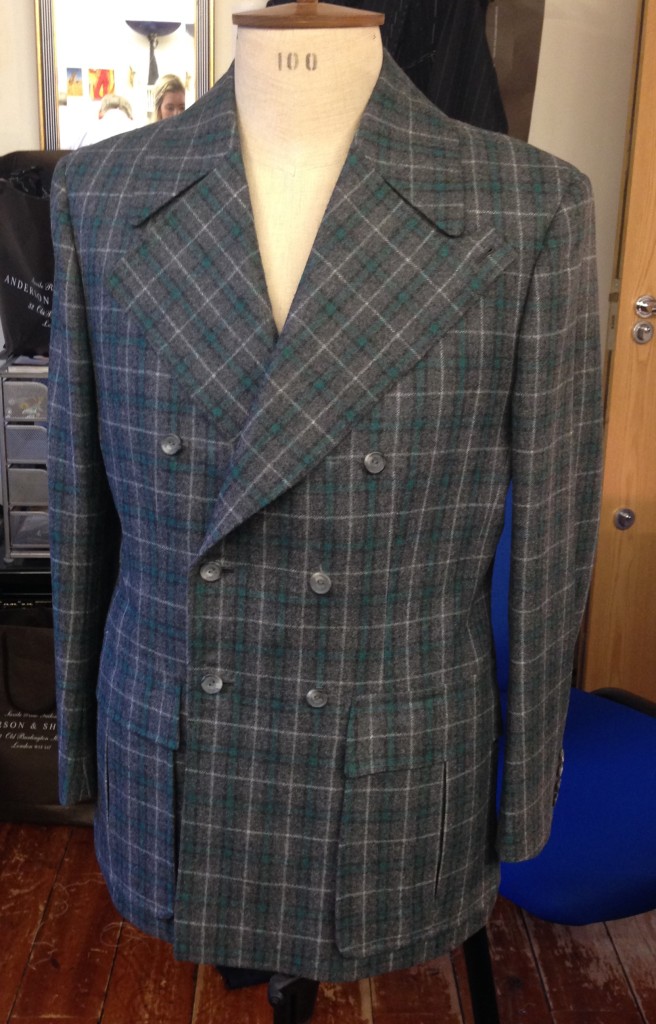 I looked everywhere for the perfect cloth that was practical and yet had a sporting quality to it. The cloth I chose was found at Scabal. The main colour is grey however the vibrant British racing green as the over check really jumped out of the bundle, and I knew this was the one. The racing jacket underneath was made in the same green as seen in the check. I also wanted to create my own lining.

There was a clear stand out idea for this from the start. It had to be the chequered flag! I designed this to also have different motorcar silhouettes running across the checks. I really like the contrast inside my garments of the bright green lining and the black and white checks. 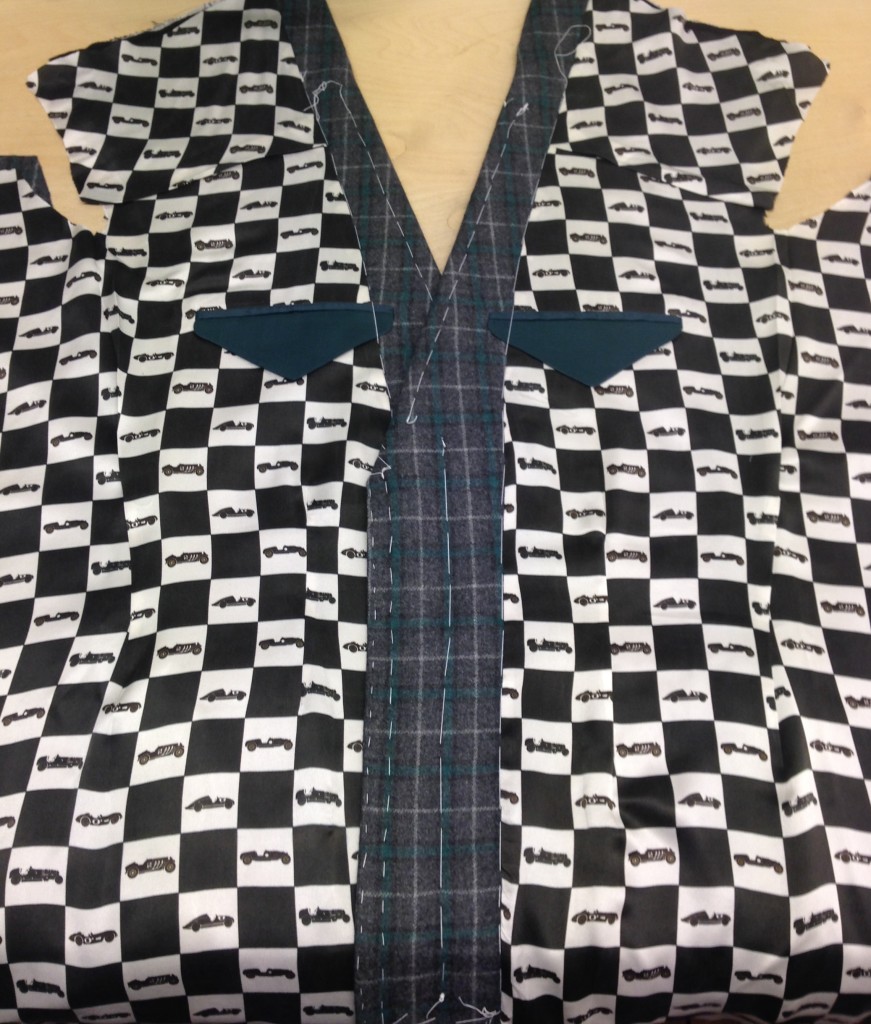 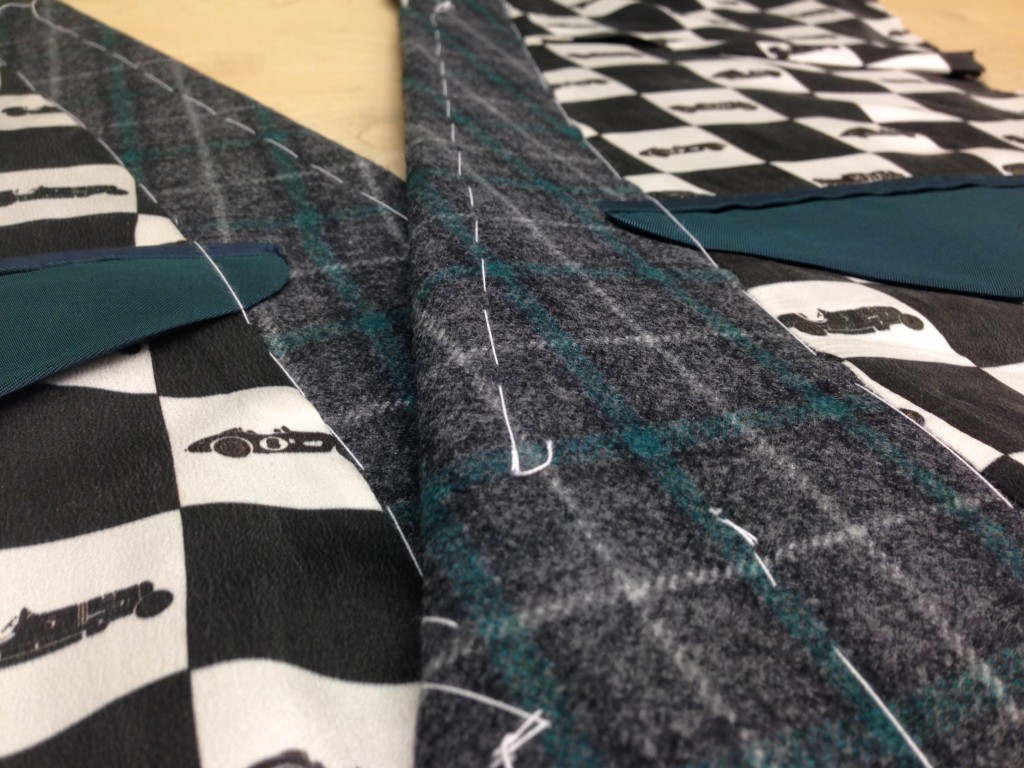 The plus two’s were the first garments to be finished and then the jacket. I left the smaller jacket until last just in case I ran out of time, however this got finished and when I realised I had scraps of cloth left I also made a matching hat.

When the deadline came in December I was thoroughly exhausted but happy to know I had given it my all and now it was in the hands of the technical judges who mark the first stage. The Christmas break involved a lot of sleeping! 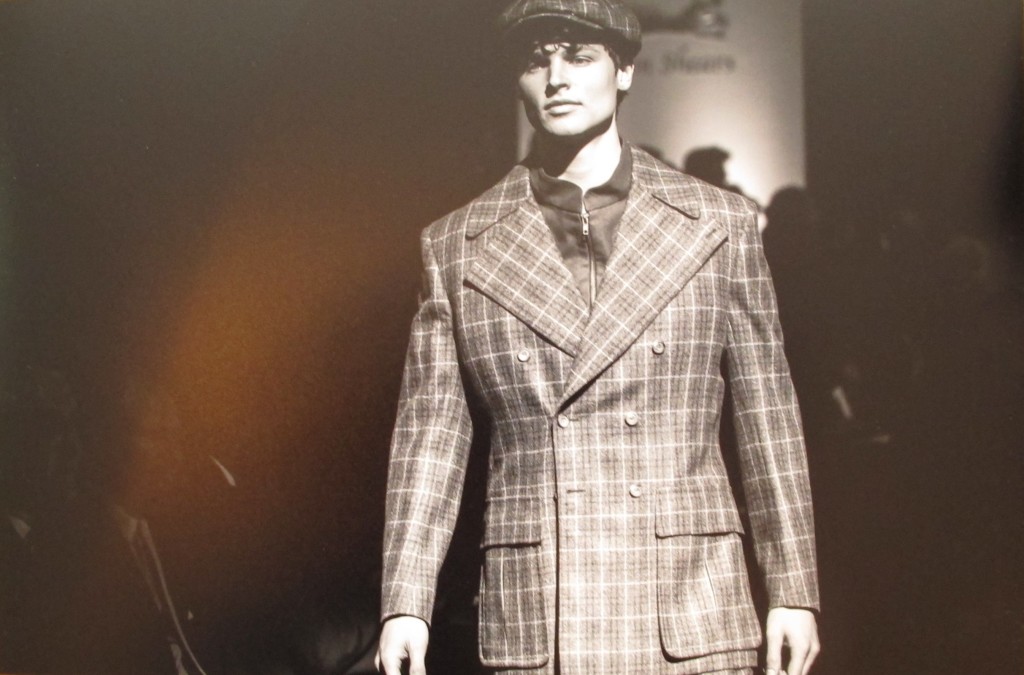 I was really looking forward to the big night. I knew that the standard would be high and when the dress rehearsal started there were many outfits that I thought where sure to win. My particular favourites were a beautiful Scottish dress with velvet coat, a shawl collar overcoat and a black jacket with a criss-cross leather panel. 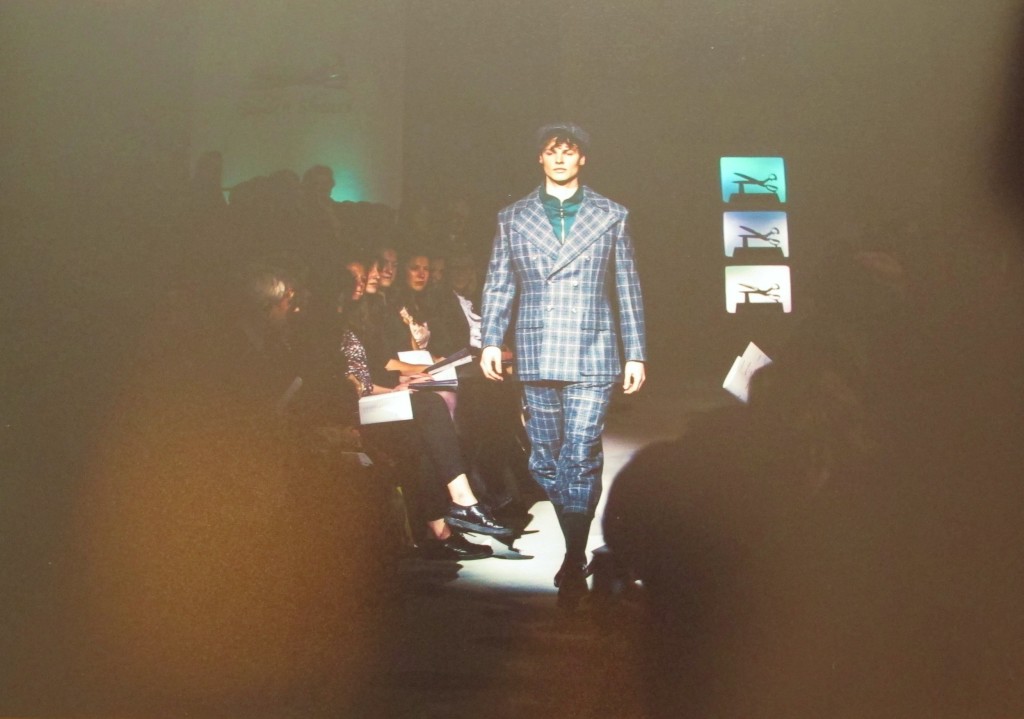 Each outfit was so unique and personal to each student not one was alike. My nerves finally kicked in during the dress rehearsal when I had to walk down with the model. I really didn’t want to fall over! 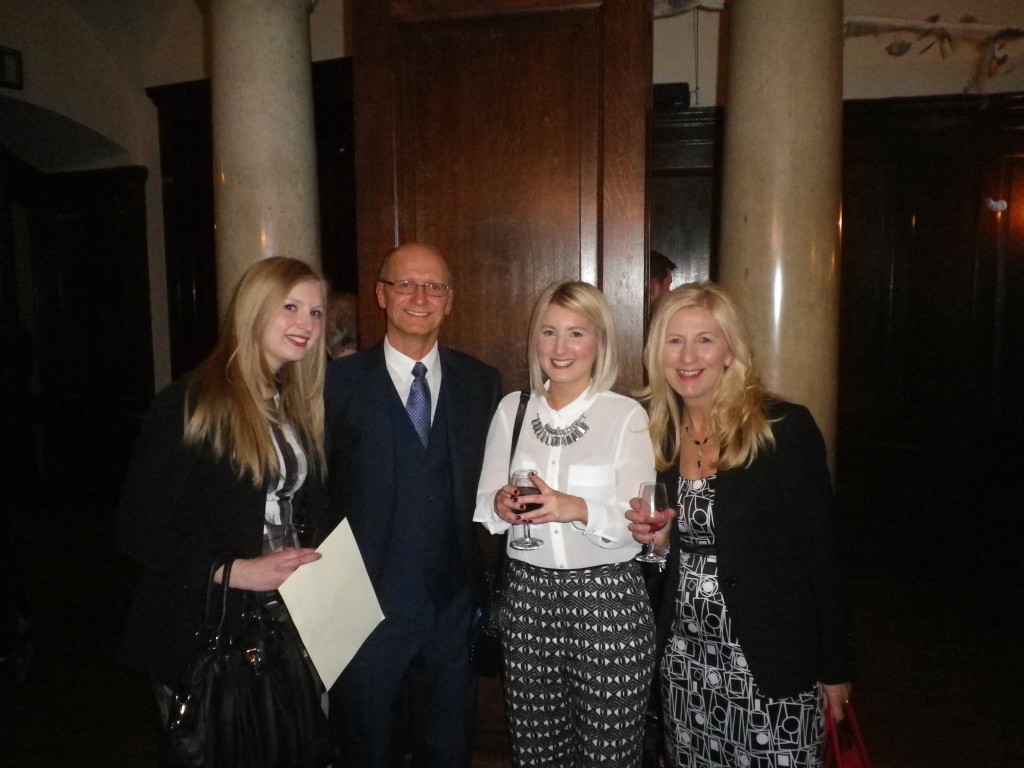 My family turned up early to support me (or maybe because the itinerary said there would be Chivas cocktails!). I had spent the last few weekends finishing my boyfriend’s suit and he looked very smart. My Mum, Dad and Sister had also dressed there best. This was the first time since moving to London that we had had chance to all get dressed up and spend the night together and they all seemed very proud to be there. After the show, although a little disappointed, it was short lived as my family and fellow tailors helped me party the night away. 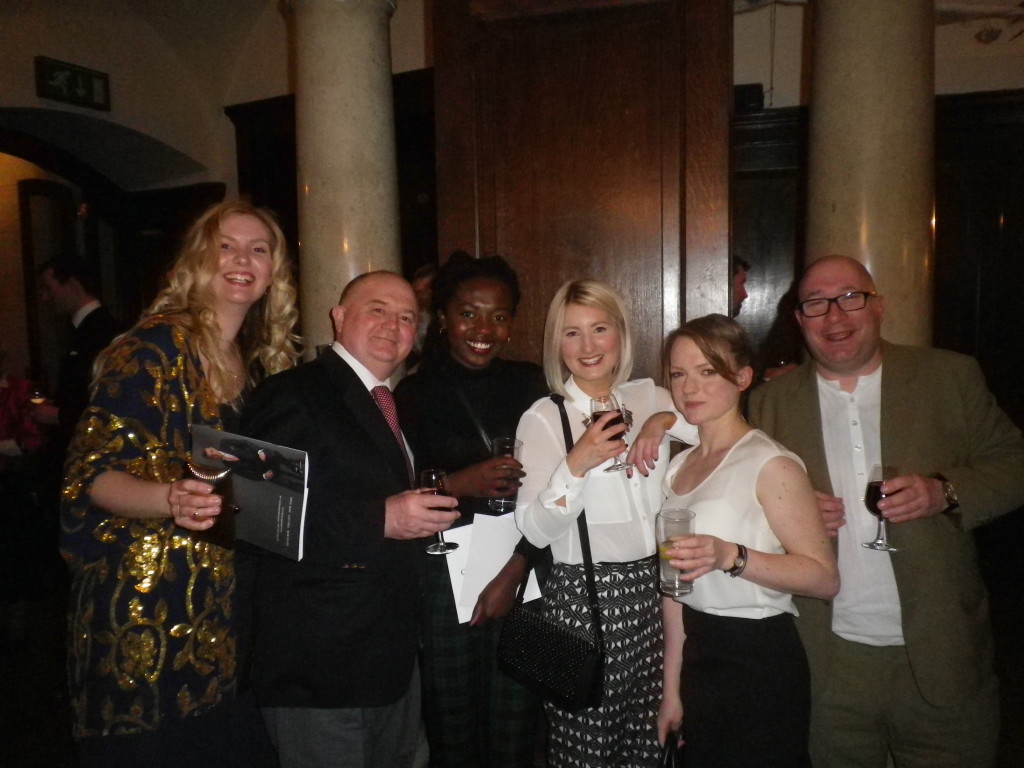 I look forward to seeing it all again next time and supporting the next young apprentices from Anderson and Sheppard.