House Tweeds – Woven in the Bone

Categories: Bespoke Tailoring, Inside the shop, Mills & Merchants
By Colin on 13th March, 2017 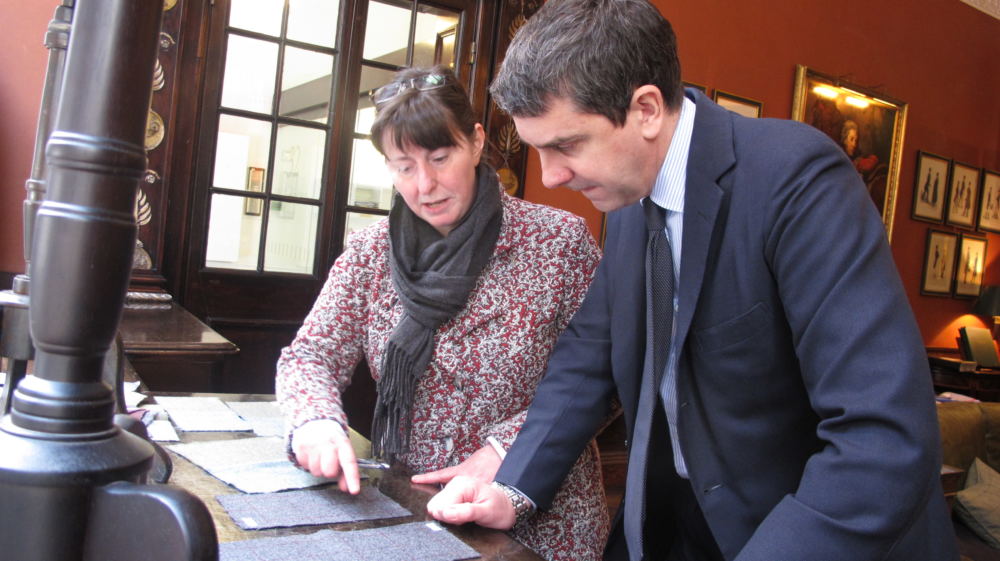 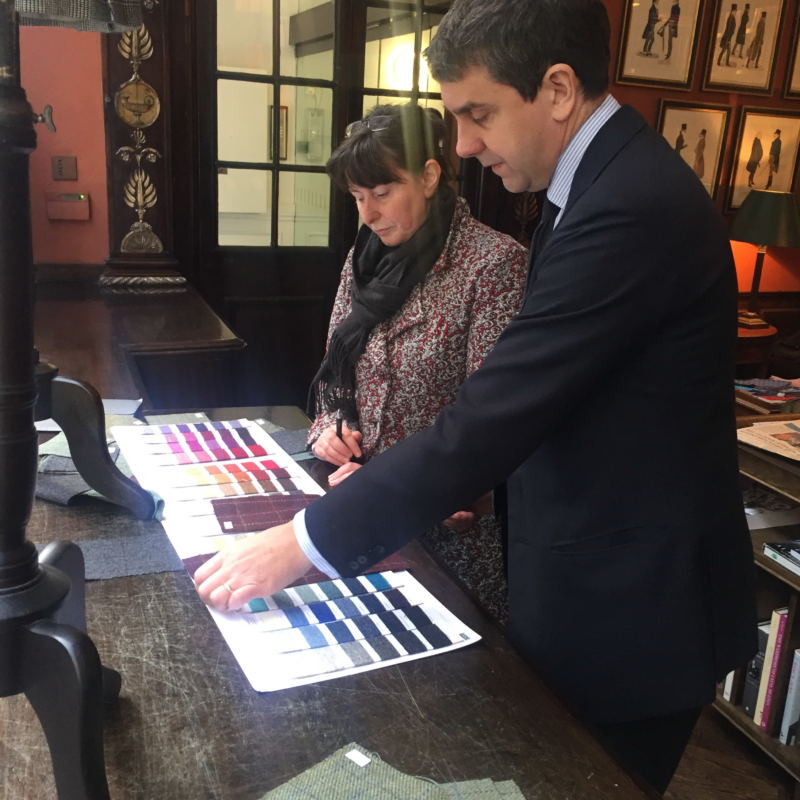 Today we received a visit from Sam Goates, founder of artisan cloth Woven in the Bone.  Sam came down from Scotland to review cloth samples with Colin for three new Anderson & Sheppard house tweeds.

Sam hand-weaves all the cloth she makes using a semi automatic foot treadle loom. She was trained at Glasgow School of Art where she worked with embroidered and woven textures and as soon as she got on a loom she fell in love with it.

After her studies she went to Australia for a holiday and fell into a job as an assistant designer at a small mill where they happened to use the same wooden floor looms that she used in college. 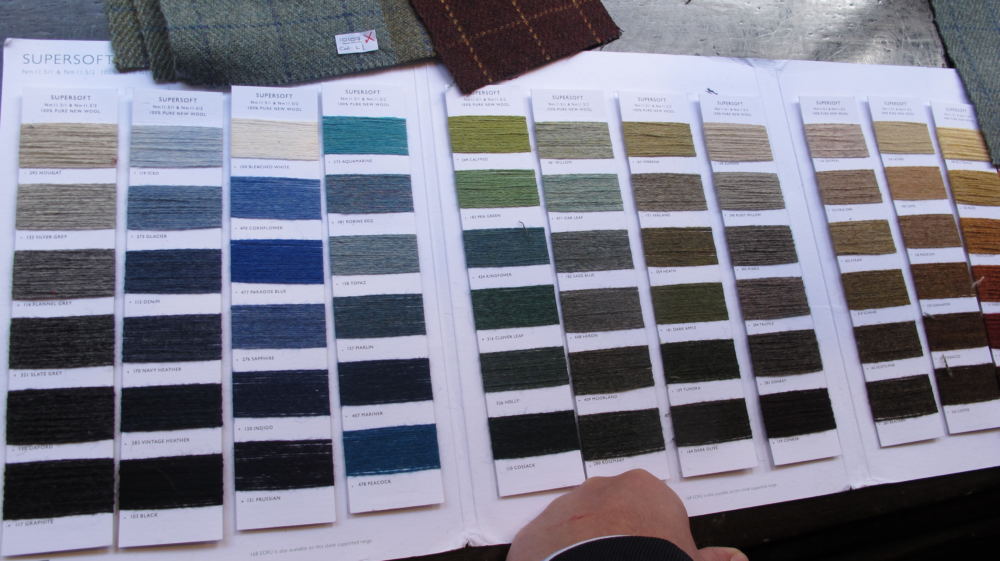 Sam was in Australia for 25 years designing fine merino textiles before she returned to Scotland in 2008. She helped set up qualification and training courses for young Harris Tweed weavers in the Hebrides and was introduced to Hattersley looms.

They were commonly used in the 1920’s but then most were replaced in 1980 when they brought in the double width loom. Although Hattersly looms  were somewhat obsolete, Sam realised they were perfect for somebody who was working on their own who wanted to produce quality tweed.

She bought herself a Hattersley loom, shipped it over and then spent a couple of years learning how to use it. Her artisan cloth company, Woven in the Bone was started in 2015.

The first tweed cloth that Sam has woven for us is a dark blue tweed with red windowpane check and is available at our shop. Our three new house tweeds will be available in June. 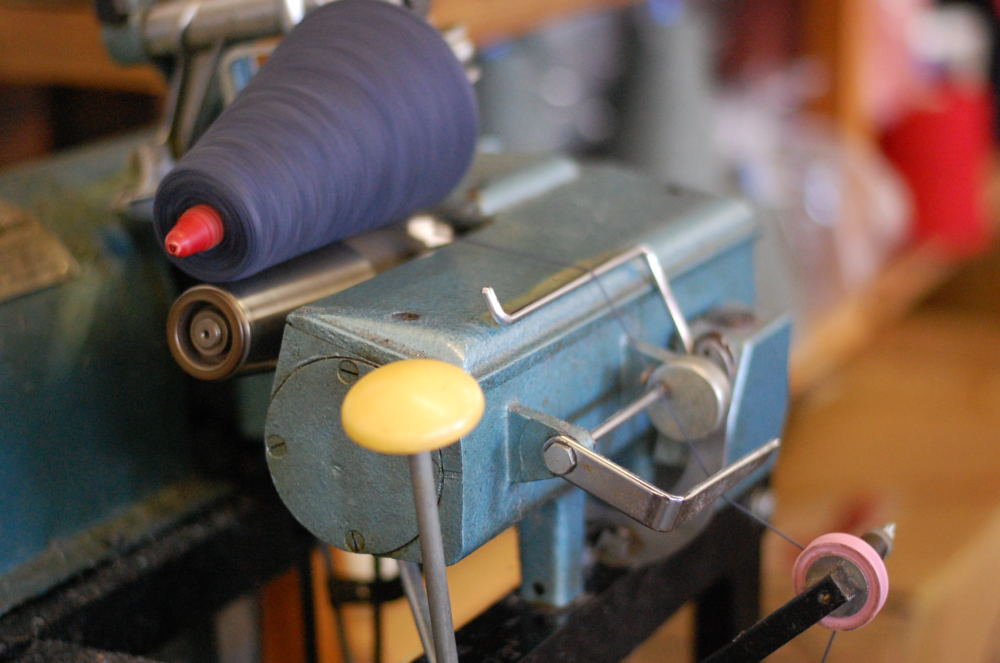 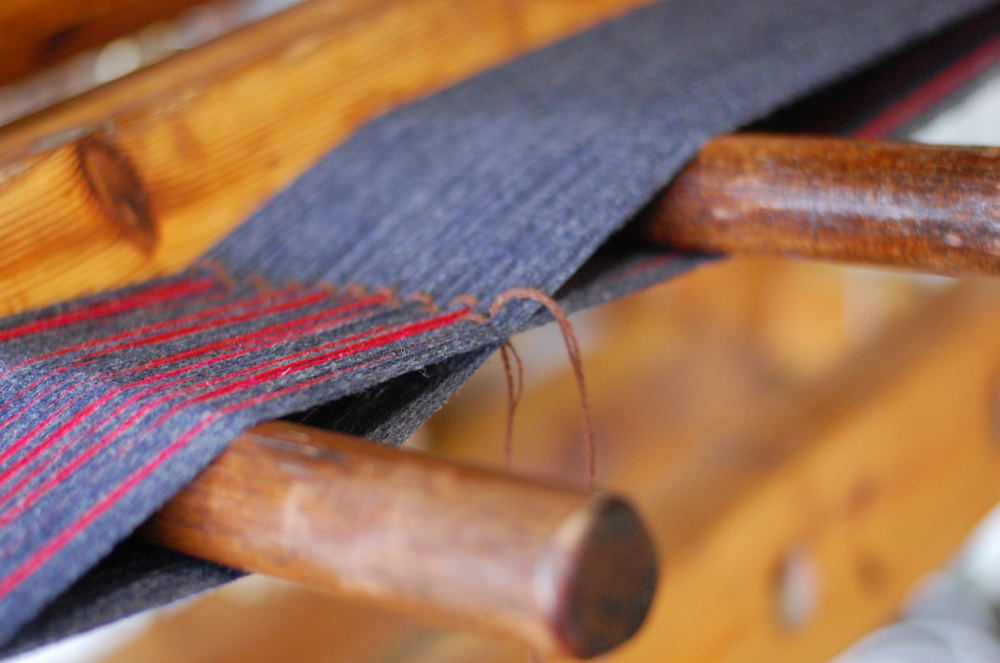 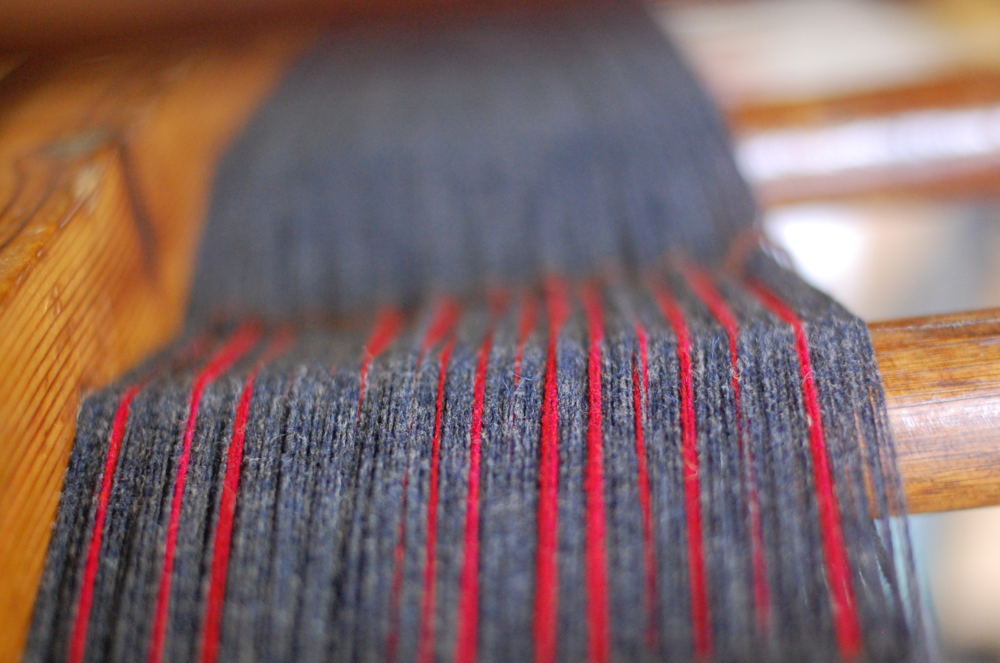 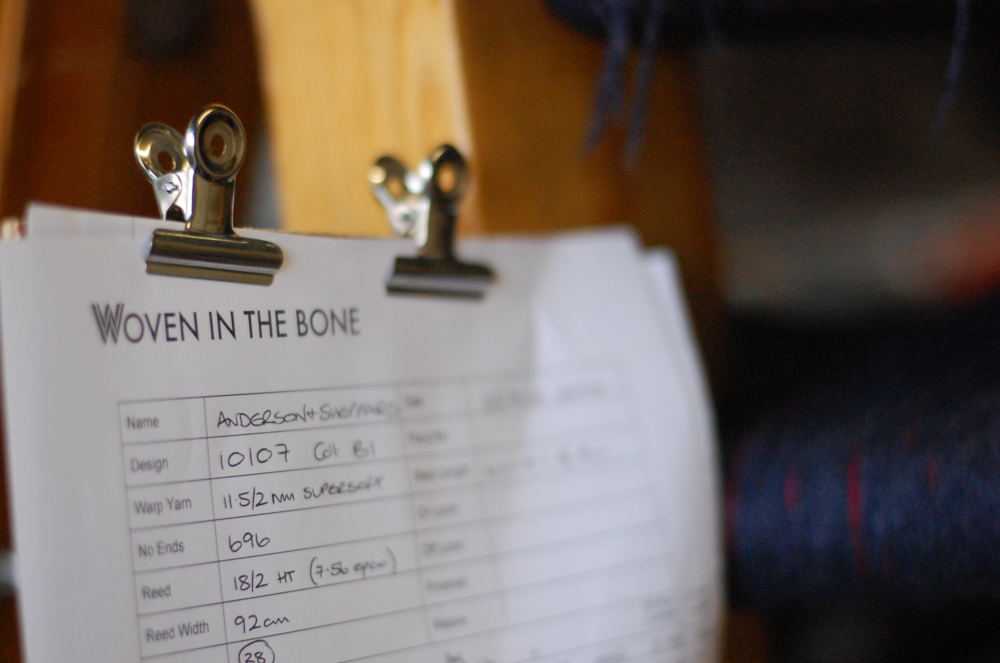 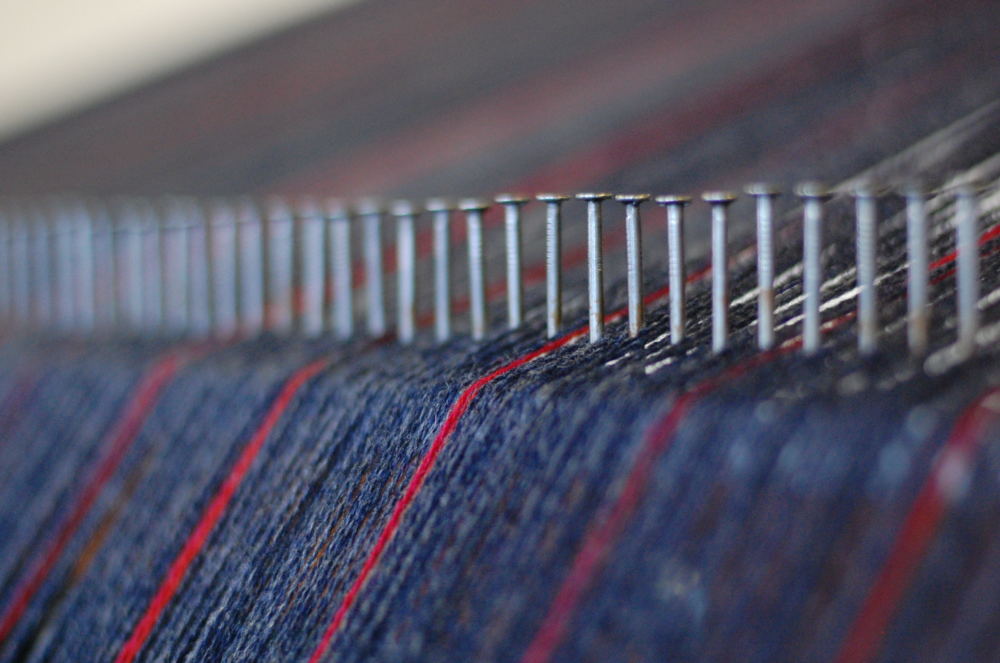 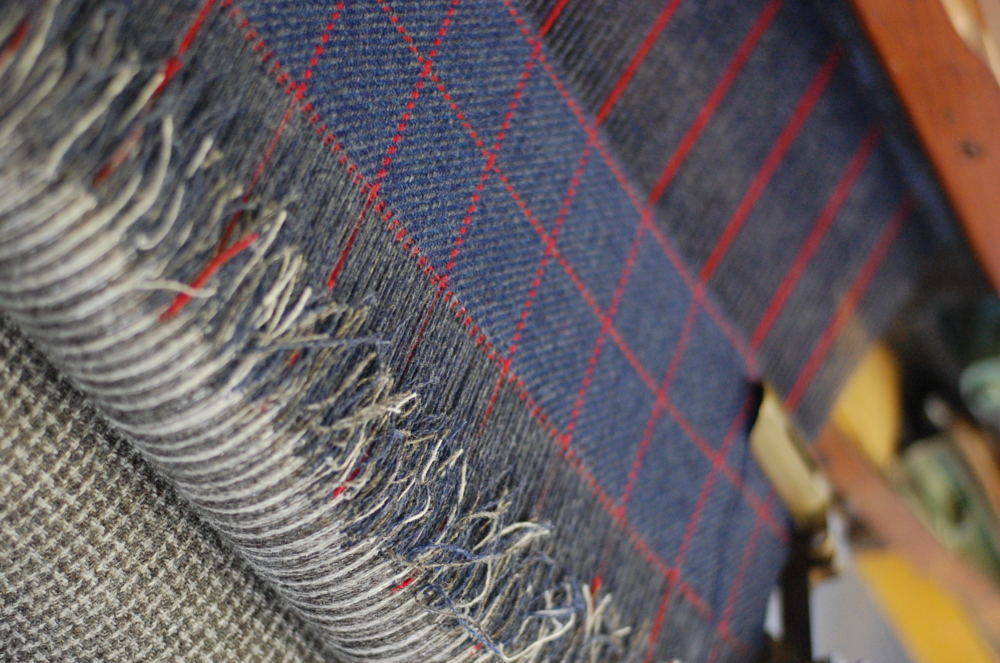 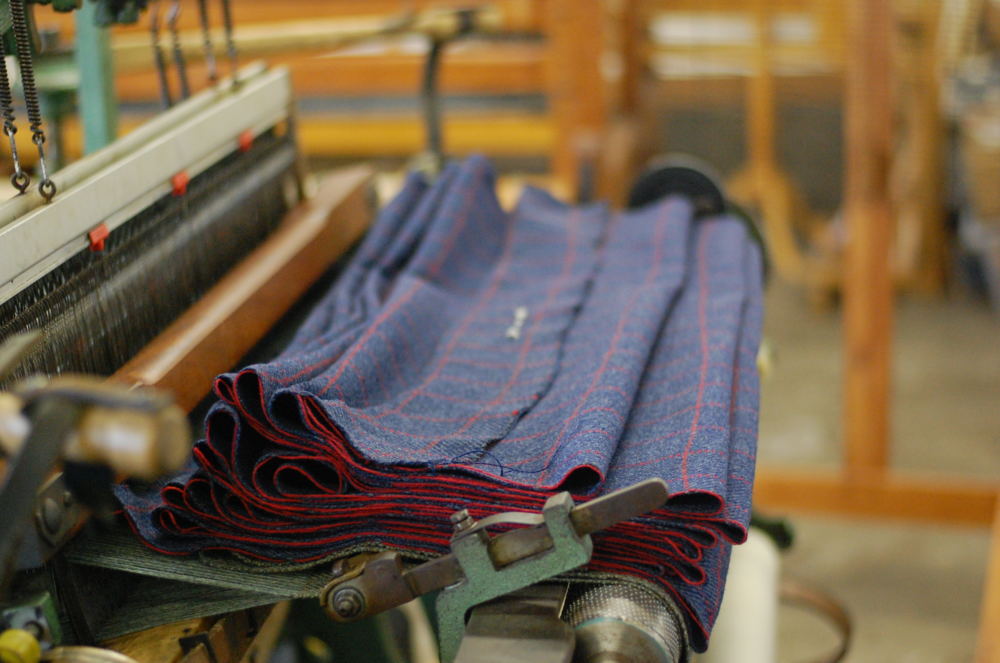 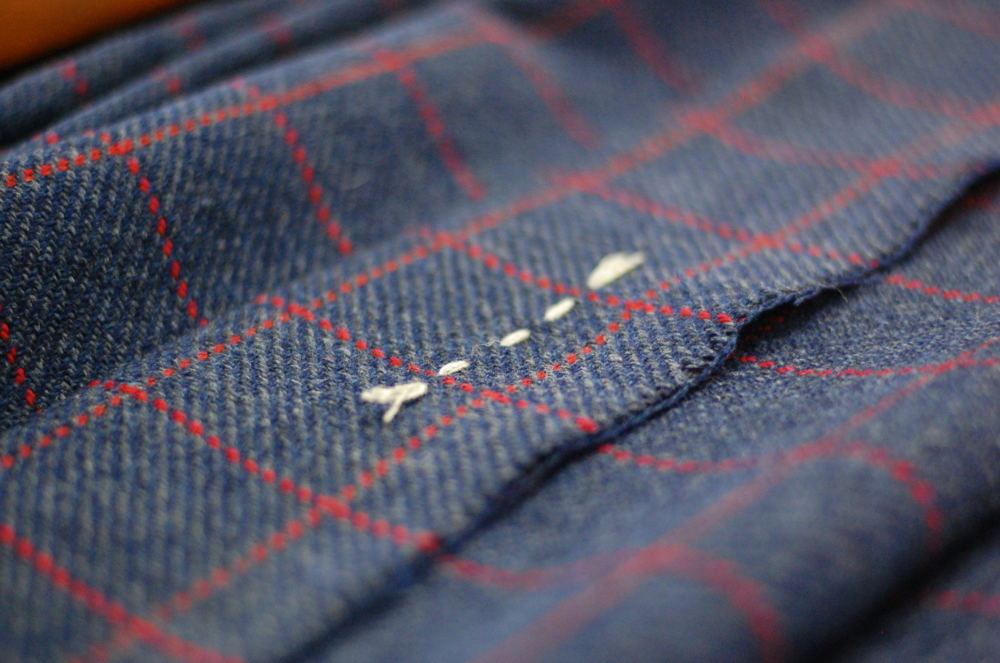 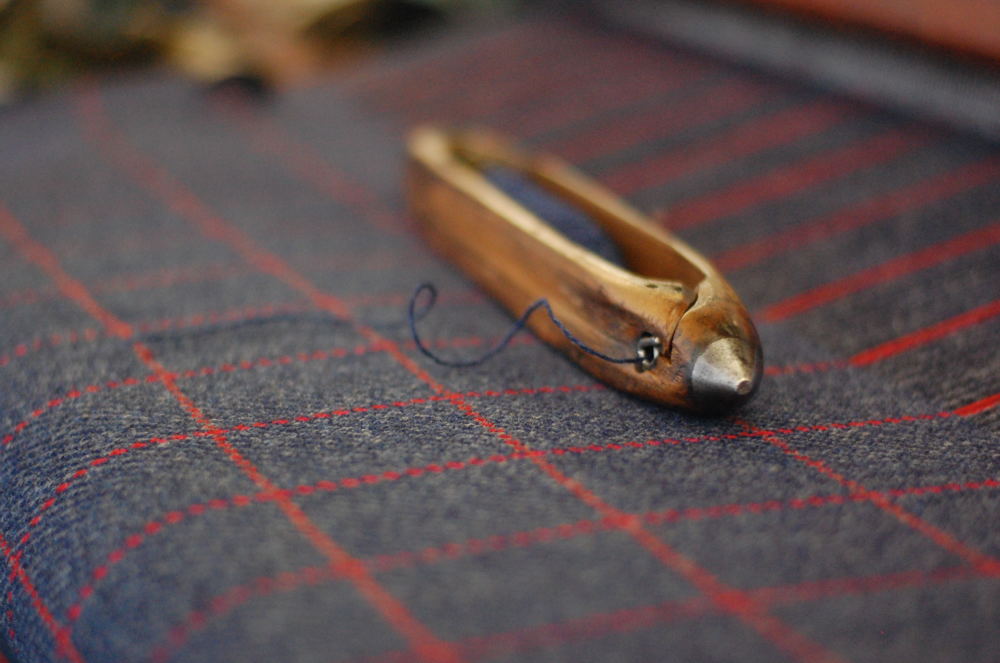 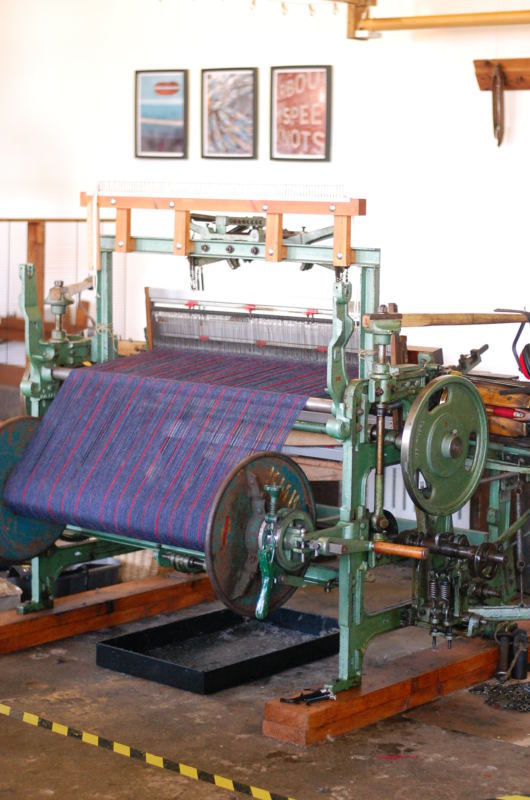