How the US visits work 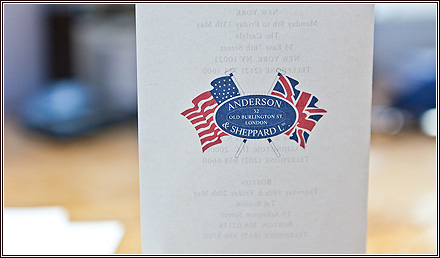 I’ve been doing these trips for 25 years now. Originally it was with Mr Halsey, who was a great salesman and a fantastic dresser. Customers would come and see him because they wanted to look like him. He was the epitome of an English gentleman.

The biggest difference today is that we take fittings out with us. We used to just meet customers and take orders; we would then send them the suit or they could come to London for a fitting.

Today with regular customers, we can discuss an order on the phone and send swatches of potential cloths, then bring a fitting out with us. We make any small adjustments back in London and then send out the suit – so it doesn’t take much longer than if the customer lived in London. A new customer would require an initial appointment to be measured and then a fitting six months later, if they live in New York. Cities we only visit once a year take a little longer, but then customers regularly fly in to meet us and often take the opportunity to spend the weekend there.

I also do small adjustments when I am out there, re-cutting and tailoring after our appointments. This means that a customer in New York can bring an alteration in at the beginning of the week and have it back by the end. Even alterations that will be made back in London I usually re-cut while I am out there.

The first thing we do when we arrive at the weekend is organise all the suits into alphabetical order and press any that have become creased in transit. The hotel once offered to do this for us when I requested an iron, but backed down when they realised it involved pressing almost 200 suits.

With appointments every half an hour from breakfast to 9pm, it’s a lot of work. But it’s also good to see our regular customers and some are kind enough to take the time to have lunch or dinner with us.

This year we will be in New York from the 9th to the 13th of May, Washington DC on the 16th and 17th and then Boston on the 19th and 20th. We will be out in New York, Chicago and San Francisco in October. 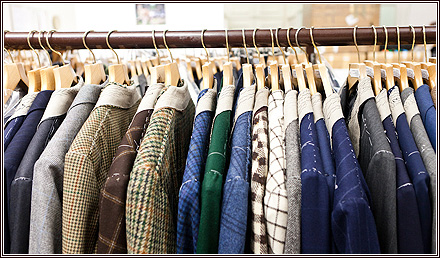