HRH The Prince of Wales Visit 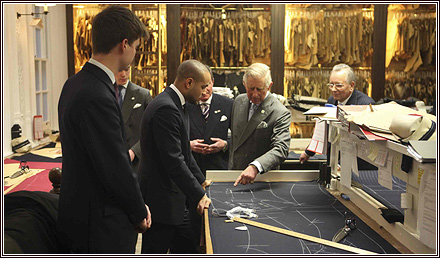 Thursday 6th December 2012 will forever be remembered as being a historic day for Anderson & Sheppard.  For over 20 years HRH The Prince of Wales has been having suits made with us, and Mr Hitchcock usually visits the Prince at Clarence House. But on this day he kindly paid a visit to our shop at 32 Old Burlington Street. A visit where he would meet with our young apprentices, cutters and tailors.

His Royal Highness is renowned for his sense of style. He is the patron of The Campaign For Wool and a passionate supporter of Savile Row tailoring, and in particular the apprenticeship schemes in place to secure the ongoing success of our trade. All those who were present will, no doubt, remember the day and be inspired by it for the rest of their lives.

After much anticipation and preparation, His Royal Highness arrived. He was greeted by shareholders Mrs. Rowland and Mr. Hitchcock who introduced him to the rest of the team. The Prince found it both interesting and amusing to discover that his original set of measures were recorded for discretion as ‘Mr. Charles Smith’. He kindly sat for a moment at the shop desk and signed the measure book. His Royal Highness was then shown a number of our ledgers that host many historical figures and customers of ours over the years. 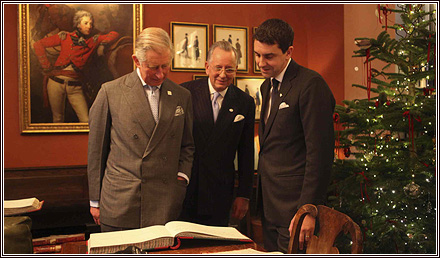 “His Royal Highness was particularly interested in looking at our old measure books. It was nice to show him his original measures, and we were delighted when he sat down and signed the book in his own hand.” 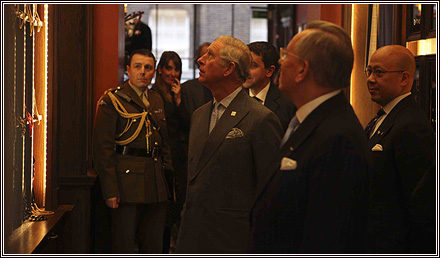 Moving towards the cutting room, the Prince passed the cloth bunches and hanging lengths by the fitting rooms – showing great interest in them and expressing his preference for light weight cloths. Next up was the cutting room where His Royal Highness witnessed a host of activity, from garments being struck out to some being cut. 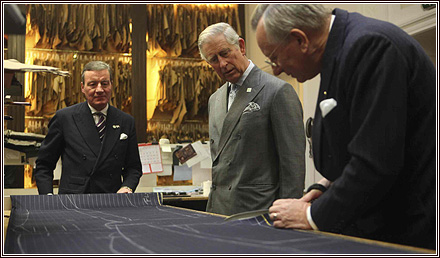 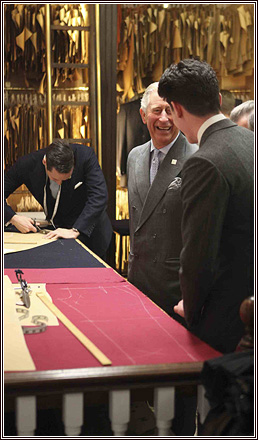 “Prince Charles recognised John Malone when he came in, who introduced me as his ‘protégé’, which was nice. He also commented on the bright-red cotton trousers I was cutting out. He said they looked fit for a Tsar!”

“I was striking out a suit at the time and he asked me exactly what I was doing and how it progressed to the next stage. He was also interested in the Newham College programme and whether I had come from there.  I was impressed that he knew about the course.”

“The mood in the cutting room was tense as everyone was anticipating the arrival of HRH The Prince of Wales.  But as soon as he arrived he put everyone at ease through being interested in what we were doing and asking us questions. For me it was about the vest I was cutting out.”

While downstairs the Prince met with more of our young apprentices and tailors and was interested to learn from each of them. He met every member of staff – spending time to understand their role and congratulate them on their achievements and awards. 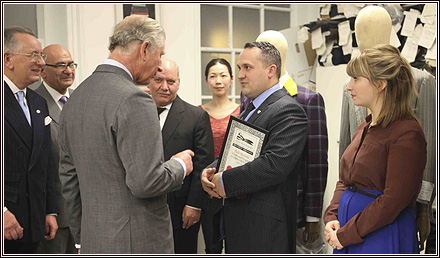 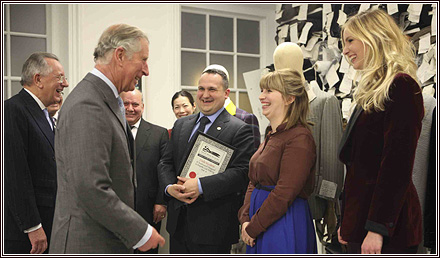 “Prince Charles was charming. He spoke to everyone, asked them what they did and how long they’d been at Anderson & Sheppard. We each had a mannequin behind us with an example of our work, and he took the time to talk to us about each one.” 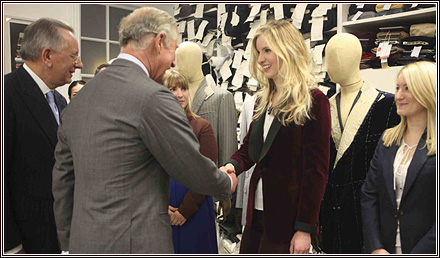 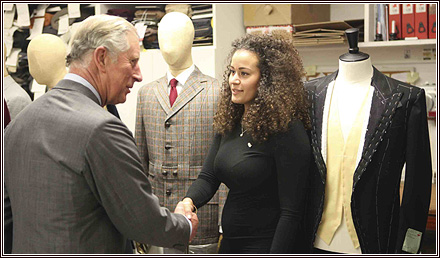 “I was nervous before Prince Charles arrived, but as soon as I saw him bounding down the steps that feeling vanished. He put everyone at their ease and was curious about every aspect of our work.” 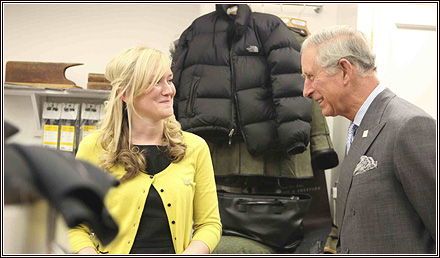 “Meeting Prince Charles was a great experience. I enjoyed talking to him about my apprenticeship and everything I’ve learnt so far. Initially I felt quite nervous, but his relaxed approach made me feel at ease. It was a great day I’ll remember for a very long time”. 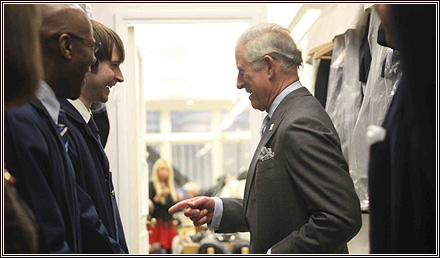 “I felt nervous, but felt privileged to meet Prince Charles face to face and he was really down to earth. He asked me what my job involved and I explained to him all the places we send the suits to around the world.”

“I was excited about meeting His Royal Highness. He was very charming and interested, and asked me how many people work here doing deliveries. He asked me if we are ever late for deliveries. I said, ‘Never for you Sir!’” 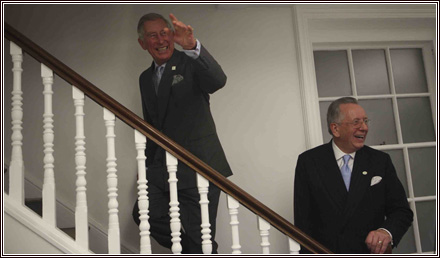 Staying far longer than was planned, His Royal Highness then made his way to the front door and to his car. His visit was over, but it was a day we will never forget.