In Praise of Cords 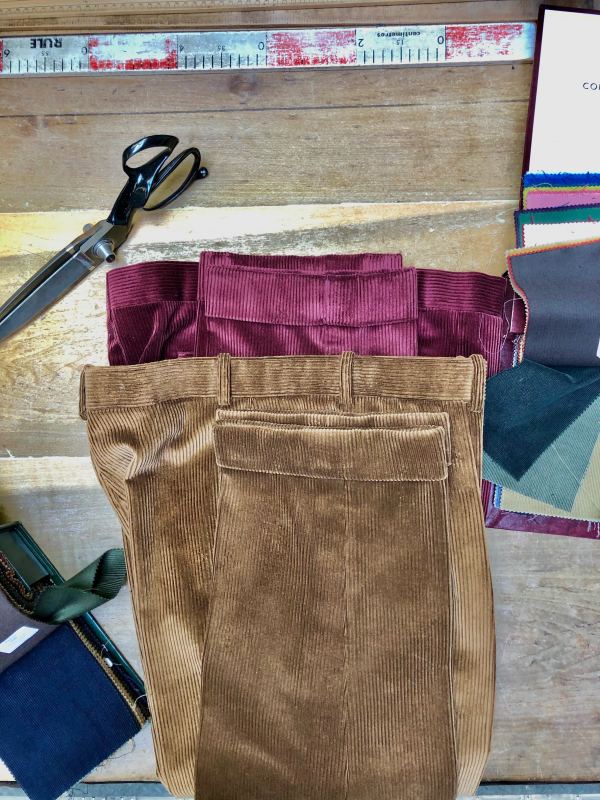 The author Kingsley Amis is reputed to have adored his cords so much that he dreaded any social occasion which necessitated the wearing of anything else. I find myself empathising more and more with Mr Amis but this wasn’t always the case. I am a recent convert to the joys of the wale but am quickly becoming a most vocal proponent, one who finds himself reaching more and more for these most unassuming of trousers.

My sartorial volte-face comes after years of skepticism believing they were inherently fuddy-duddy, to be worn by men of a certain age whose hobbies usually include real ale drinking and tiddlywinks. Never afraid to admit when I am wrong I am now here to make the case for corduroy.

Before we continue with my ode to the humble pair of cords let us establish what I mean when I say cords. You see I am not referring to just any garment made of the versatile and multipurpose fabric which is corduroy. To me cords are like an old family dog, dutifully waiting by the door for his owner, never judging and always loving. My cords are weighty, baggy, perhaps too long in the leg and a bit generous in the waist but I accept them in all their unflattering glory. A tailoring non-sequitur I know but this is precisely the reason why I love them so. They hang loyally at home ready to be slipped on after a long tiresome day, ever faithful and ever comfortable.

Probably one of my first jobs when joining Anderson & Sheppard was pressing. For well over a year every pair of trousers produced by the company passed over my pressing board. A hot, muggy and rather thankless job, pressing quickly becomes repetitive. Ironing seemingly identical navy blue and charcoal grey worsted trousers one prays for anything that offers a break from the vaporous monotony.

One day my governor John Malone descended the stairs to basement with a calm urgency that I had come to know so well, a pair of light beige cords draped over his arm “give these a quick steam please, the gentleman is waiting”

I had already learnt that ‘a quick steam’ was not evocative of what was expected of me. What this instruction really meant was press these trousers exactly how you would normally but in half the time. Their owner was sat upstairs probably feeling a draught on his bare legs so I commenced without hesitation.

For all its reputation as a hardwearing fabric when one truly gets to know corduroy one comes to realise that it is in fact a most delicate cloth. Like it’s sister velvet it requires love and attention. It cannot simply be pressed, the heavy hot iron would crush the soft pile. A well worn pair must be coaxed back into the world of presentably with careful steaming. Keeping the iron face a fraction of an inch away from the cloth one must switch seamlessly between ironing and brushing, ensuring that the nourishing steam revitalises as the brush corrects the fustian tufts.

These particular trousers were very well worn with running repairs and frayed linings. They appeared to predate me by at least a decade, a testament to our craftsmanship but I still couldn’t help think who would wear such things? My attempts at resuscitating the 30 year old cloth seemed to be in vain, the pocket mouths had sagged and stubborn creases still prevailed even after rigorous attention from my iron. I handed the trousers back believing them to be better suited in the charity shop rather than on my pressing board. You see at that time I was still under the assumption that good things should look new, I was yet to come to appreciate the beauty of a richly patinated garment.

It is a common practice for our customers to provide their own lengths of cloth. These are usually stored underneath the boards in the cutting room until a time that they are required. Sometimes lengths are forgotten or simply no longer wanted by their owners and so can sit for years under the boards. Every so often these orphaned lengths are cleared out and given to staff to make space for new arrivals. On one such occasion I, being the most junior member, was burdened with the least desirable former tenant of Mr Malone’s board – a generous length of 24oz navy blue corduroy, I discreetly returned the evicted bolt to a less obtrusive location under the same cutting board and forgot about it.

An Undercutter spends every free moment practicing his paper patterns. One day I found myself producing a particularly good pleated pattern. As I admired the fluid lines I had created with the chalk my eye was caught by the length of corduroy protruding from under the board where I had left it. It would be a shame not to put this pattern to good use and practice my cutting.

I half-heartedly sent the bundle of cut cloth to one of our trouser makers with no real intention of having it tailored. He faithfully kept it above his board for several years allowing the rolled fabric to accumulate a generous coating of dust. Occasionally he would ask if I would like them ‘made up’ into a fitting. I always found some excuse; I was a bit short this month, we had customer work that was needed or mercifully, it would be summer and I could easily wave the offer of these heavy winter trousers away. However by the following year I had run out of excuses and my tailor had seemingly run out of patience. He was sick of staring at the great big blue bundle and so began work on them.

This is how I came to be in possession of a pair of cords. I am not without blame, after all I did cut the blasted things but it was more an exercise in striking (chalking the cloth) than anything else. When I received my cords I quickly resigned them to the back of my wardrobe where they hung for many years awaiting their big debut – one I didn’t think was likely to come.

Then came Monday 23rd March 2020, suddenly my calendar was cleared and my social and work life abruptly ended. Having spent the first few days relishing the opportunity to wear pyjamas ad infinitum I found the novelty of this quickly wearing off. What should I wear instead? I still wanted some degree of respectability, like I had at least made an effort but I wanted something that I could lounge in without worry. I began to fill the days with chores and housework, I knew I was likely to get a bit grubby and so I reached for the stiff, cumbersome cords that I’d never really wanted, they were expendable after all.

I began to wear them more and more around the flat doing odd jobs. They began to soften, breaking in with each wear. Soon they were becoming my go to pair, I no longer needed an excuse to don them. I was reaching for them without hesitation, in fact I was starting to look forward to slipping them on in the morning.

Over the past 11 months we have been on quite a journey my cords and I. Not in terms of distance, I’ve scarcely worn them further than the end of the road to buy a pint of milk but in terms of how my perception of them and their ilk has changed. As they softened so too did my suspicions I know understand what it means to have a favourite pair of trousers. I think back to those beige cords that I once pressed with skepticism. Now a proud member of the cords club I glance down at my lap and at my own pair, I’m starting to dread the day I ever have to attend a social engagement that calls for anything else. 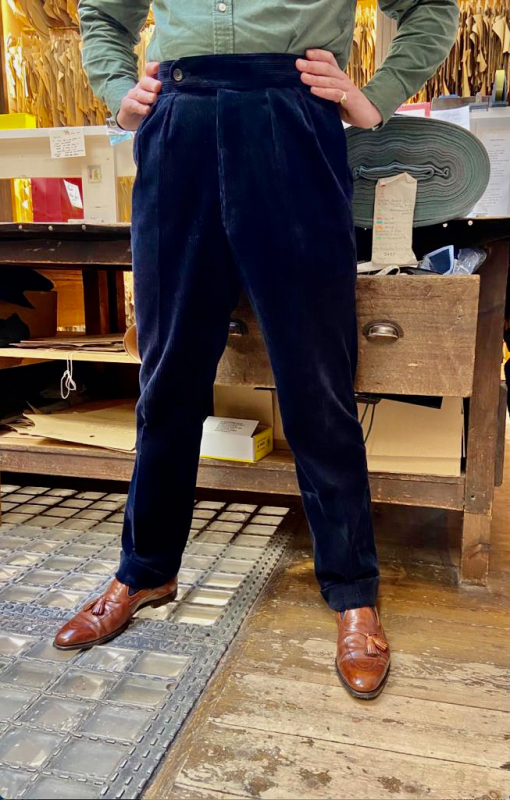