Modelling at The English Gentleman

Categories: Bespoke Tailoring, Our Team
By Oliver on 28th January, 2013 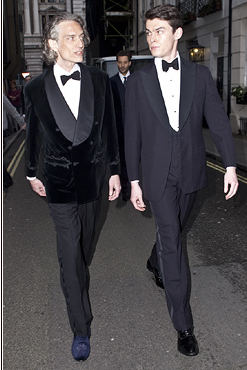 I took part in The English Gentleman, the show at Spencer House in January that featured works by 19 Savile Row tailors including Anderson & Sheppard. I was a model in the dining room, wearing black tie. 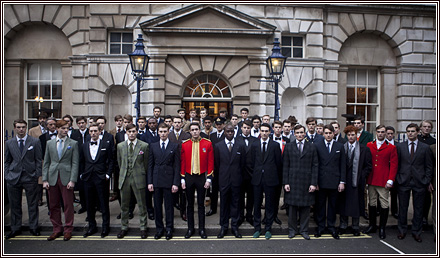 My strongest memory is the preparations before the event. I’ve never seen so many hairdressers and make-up artists in one place. My hair alone took three-quarters of an hour to do. 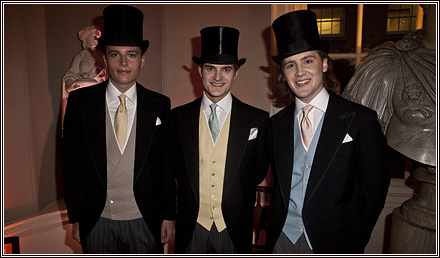 There were several other amateur models there, including Freddie Coleridge, Jack Royds and Alasdair Gill (above, left to right). It was good to be able to talk to them and hear how they were finding the whole experience.

We were standing up in our various rooms for two hours, being photographed as well as seen by all the visitors to the show. It was enjoyable but pretty tiring. I’m not sure a modeling career beckons!

Anderson & Sheppard supplied nine outfits in total for the show – four specifically made and five that were altered to fit the models. They included three black dress coats, complete with morning vests with demis and grey/black stripe morning trousers, which are worn by Alasdair, Freddie and Jack above. 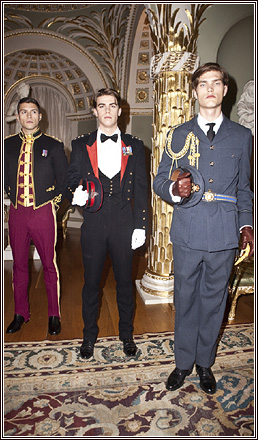 For black tie we made two velvet jackets, black and navy, double and single-breasted respectively, that had some beautiful embroidery around the pocket jettings by Hand & Lock. You can see one example of that in the first image in this post. There were also two dinner jackets, one single and one double-breasted, with black fine barathea trousers. I am wearing the single-breasted version in that top photo. 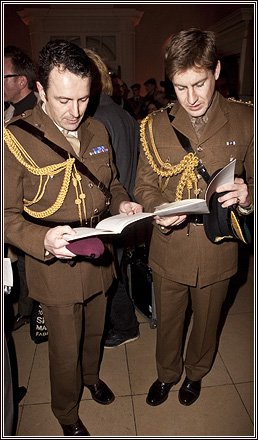 Among the other pieces were a double-breasted polo coat in camel hair, worn with a three-piece suit in Prince-of-Wales check. And there was a jacket in a heavy 160z green corduroy, worn with fawn moleskin trousers.

All the shirts and accessories were from our Clifford Street haberdashery and the shoes were from G.J. Cleverley and Edward Green. 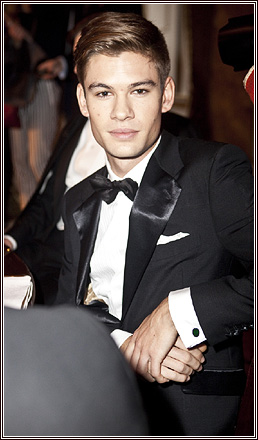 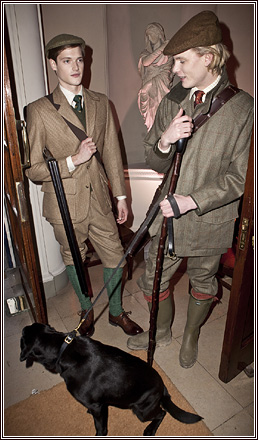 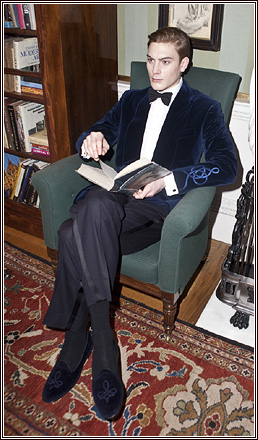