During the week I spend so much time working on mens jackets and get so used to a certain style and size job that working on a womens jacket seemed completely alien to me. I’ve wanted to make myself a suit for a while now so although it meant giving up a lot of my spare time after work, I thought id take on a new challenge.

Although I didn’t want my jacket to be too shapely, there were still many factors throughout the making that were very different to how we make a mans jacket. For example on a mens jacket the front wraps left over right whereas with women’s it wraps right over left. The out breast pocket is therefore on the right side of the garment as opposed to the left. This proved quite tricky when cutting the fit ups to make the pocket as I had to make sure I cut them using the opposite side of the jacket that I’m used to working with.

I decided to make myself a double breasted jacket and also decided to have a black flannel facing. Its really important when making a double breasted jacket to put just enough fullness in the facing especially on the peak of the lapel as if you have to much it can create a bobble on the tip and if you don’t have enough it can be tight. If the cloth is tight around the peak it can cause the peak to pull in one direction rather than sitting flat. 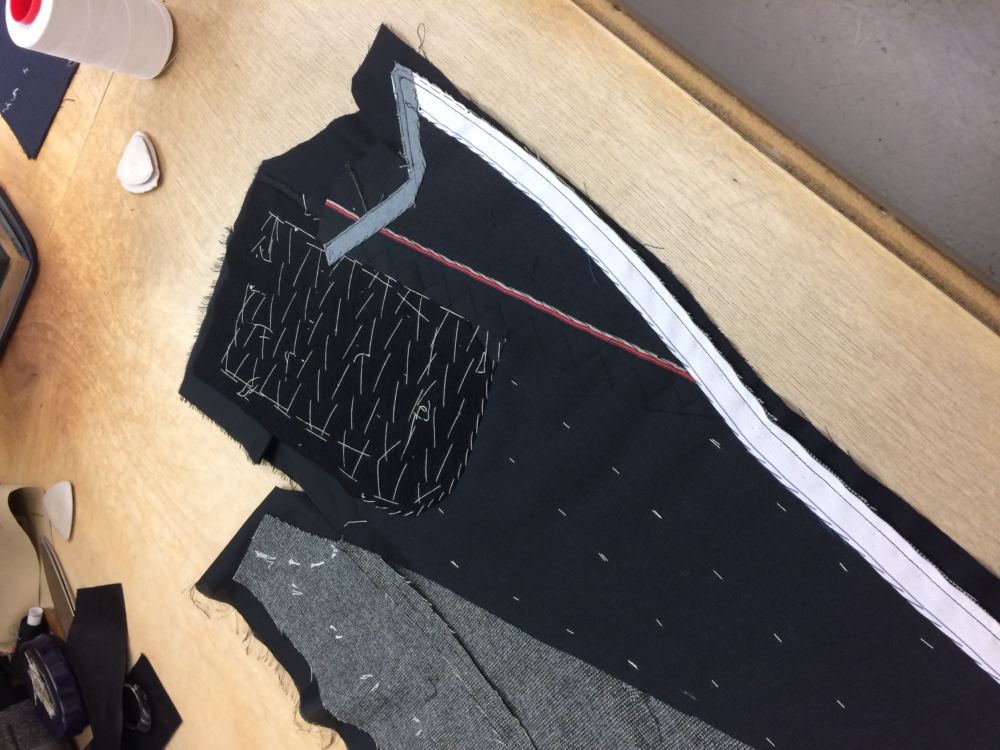 We attach a strip of lining to the front of the forepart after canvasing a job to add support to the front of the jacket. This is cut on the straight grain and carefully basted on. The facings are then  machined on taking extra care to machine around the tip of the peak to get a nice curve. Once the facings are machined on the edges are trimmed and we open the seam with an edge board. This helps to get into the harder to reach places like the peak and gives it a good hard press. 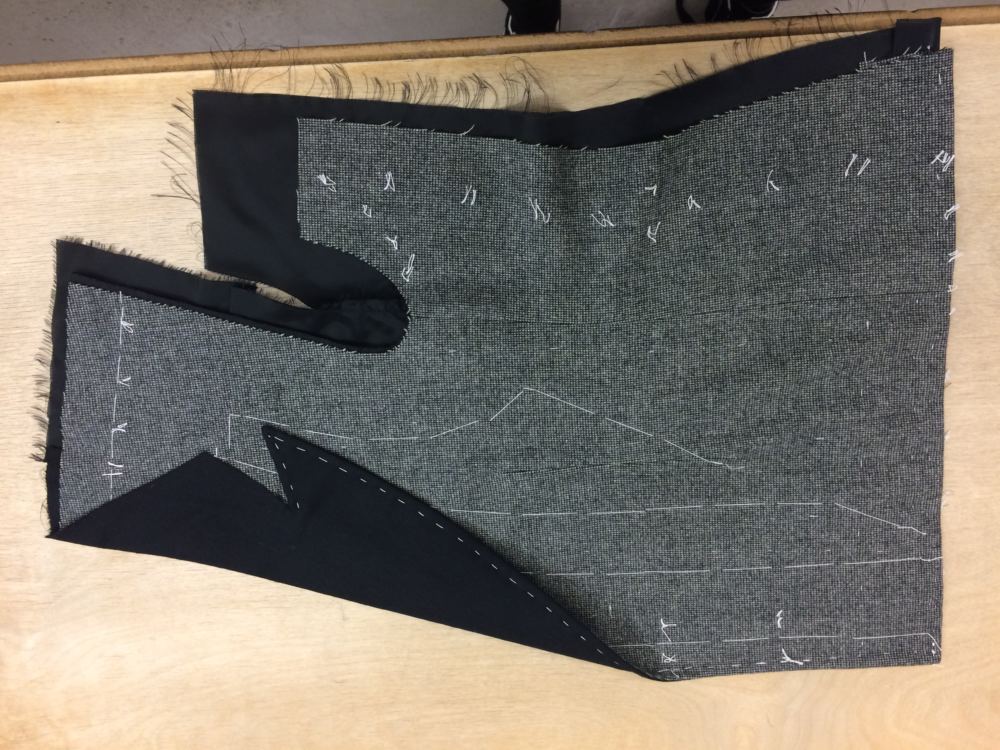 We then roll the facings so that the seam is hidden behind the topside of the cloth and baste it into place. Once this is done it is time to attach the facing to the forepart underneath the lining so that nothing moves. When we have secured the linings and rolled the lapels into place, we press them  flat, about a quarter of the way down the break line, allowing the rest of the lapel to roll naturally.
It is then time to finish the rest of the job ready to try on. 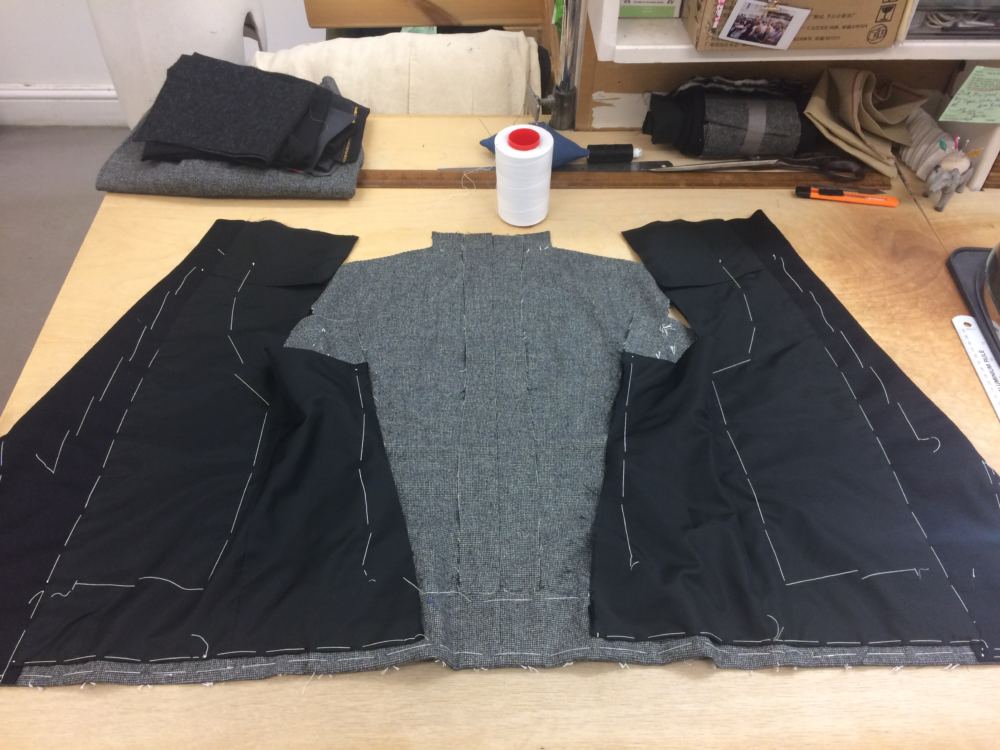