The English Gentleman at Apsley House 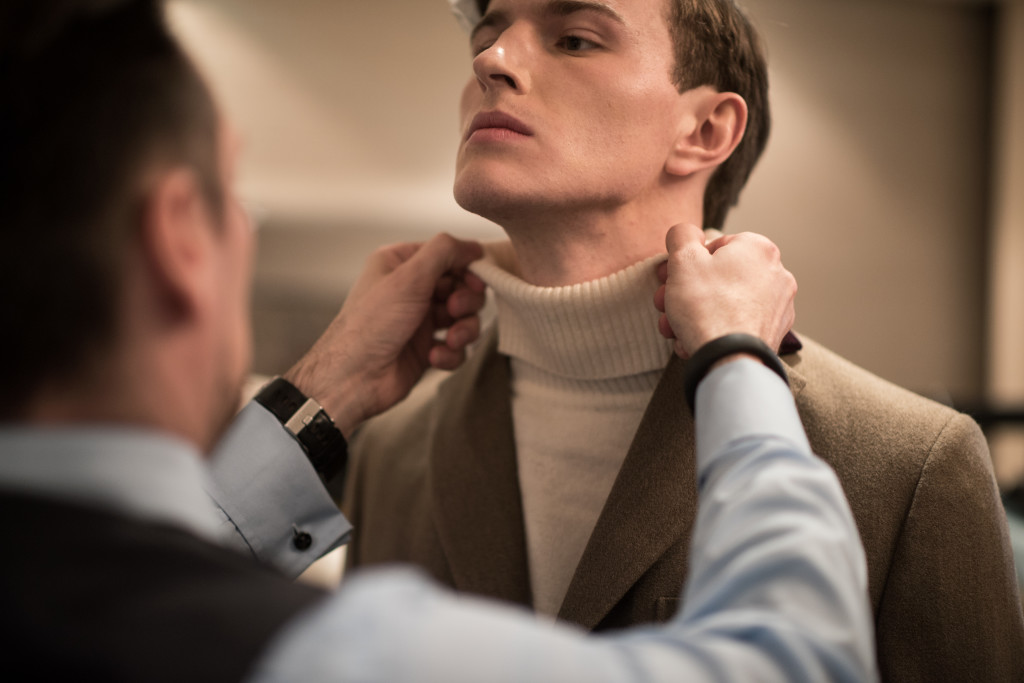 Over the past few months the team at Anderson and Sheppard have been working hard organising the AW15 Savile Row Collections presentation for London Collections: Men. Working with The Woolmark Company, a selection of tailors from Savile row and with London’s best shirt and shoe makers. The collection saw over 50 models wearing bespoke creations meticulously constructed over a number of weeks.

This season for ‘The English Gentleman’ presentation we were fortunate enough to be hosted by the Earl of Mornington at Apsley House. This marvellous property also known as Number One London and the home of the first Duke of Wellington, was an apt venue to showcase the military and equestrian inspired designs that were on display. Each magnificent room in Apsley house showcased an abundance of beautiful art, elegant interior and a wealth of history that helped craft a story around the clothes.

As the exterior of the Apsley house is undergoing renovations in preparation for the bicentenary celebration later this year, guests were welcomed on site by models dressed as builders who manned the door with styled hard hats emblazoned with LCM on the front. One could fail to miss the giant marble statue of Napoleon as Mars the Peacemaker as you entered the Principal Staircase – a perfect way to start the tour of the house. 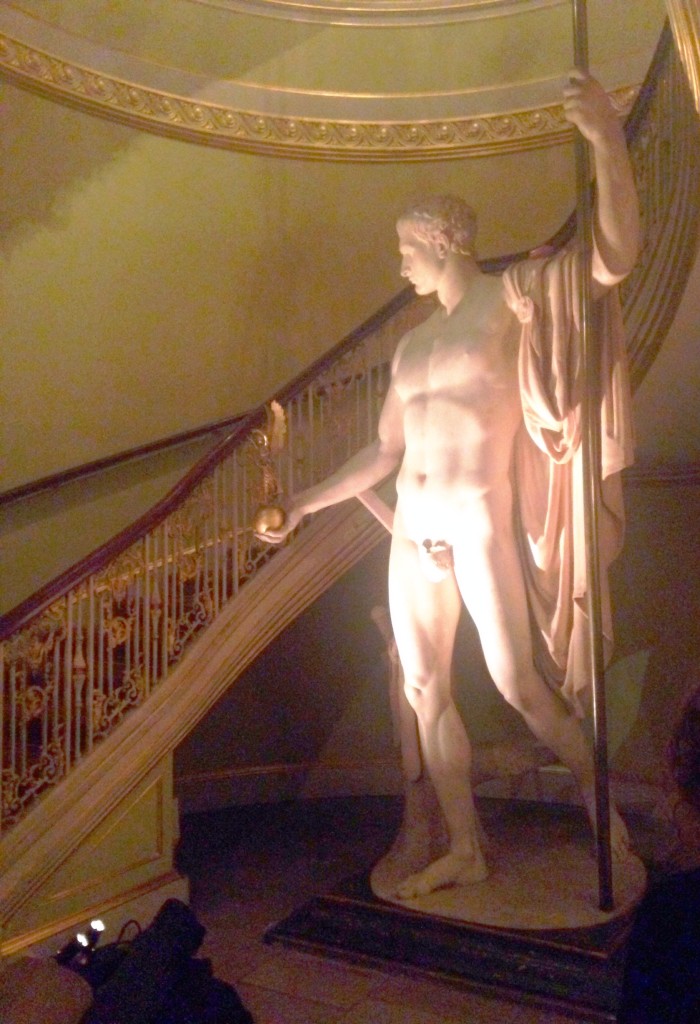 The first models were placed on the stairwell and the presentation continued throughout the rooms.  In The Striped Drawing Room a model wore Anderson and Sheppard bespoke Wool Cavalry Twill trousers with grown on band and split tails cut by Oliver Spencer. 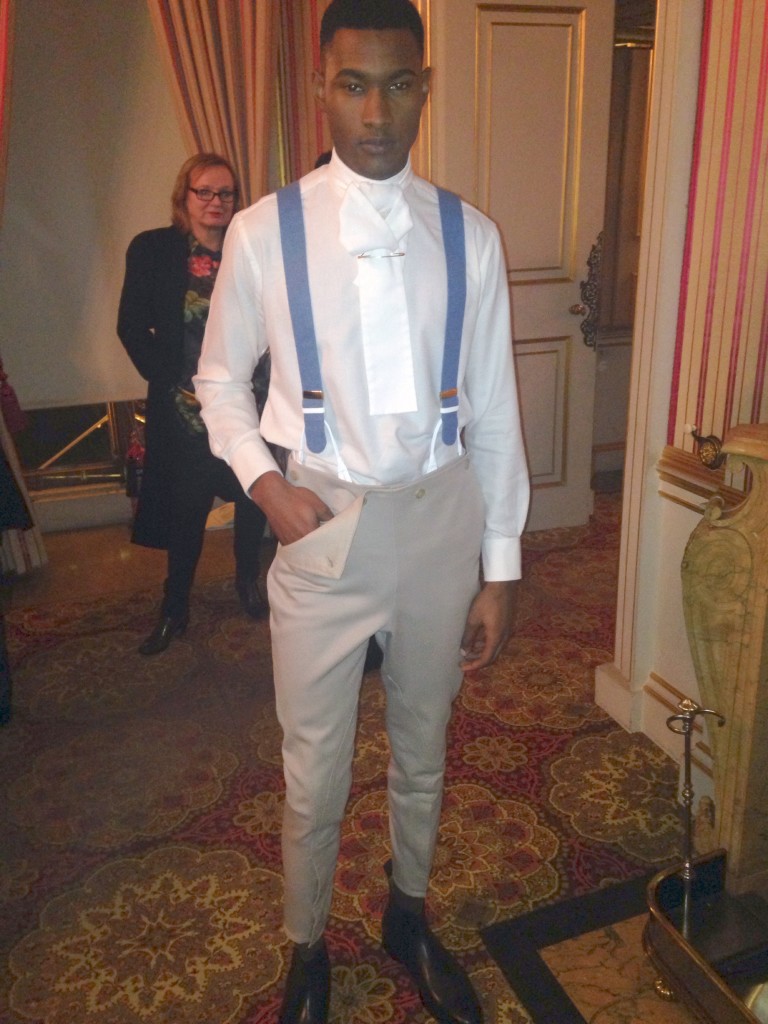 Keith Smith, a trouser maker at Anderson and Sheppard for over 30 years who made the trousers, said:

“It was my first time making this type of trouser and I really did enjoy the experience. It was nice to make something different and get out of my comfort zone. When I saw them on the model they looked great so I was happy.”

A bespoke single-breasted grey graphite Hainsworth wool utility Jacket featuring a four-button fly front, four bellow pockets with flaps, slits at the side, pleats at the back with a half belt and worn with white wool melton trousers. 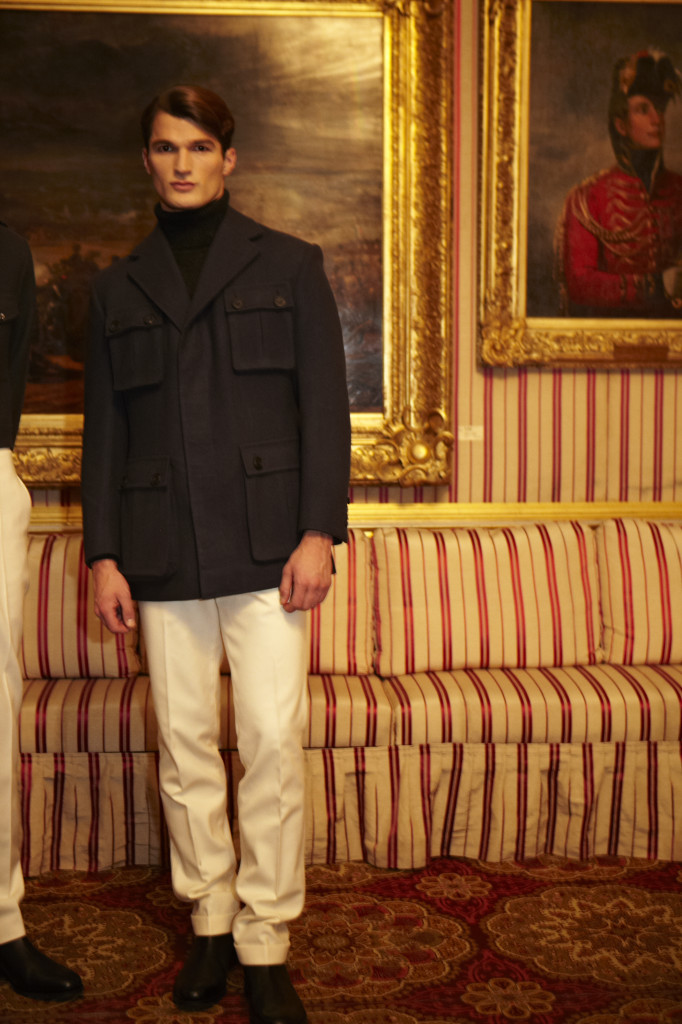 The Waterloo Gallery filled with dozens of amazing oil paintings hosted models in white tie at one end, and at the other were models in Trench Coats and Greatcoats.  Two Anderson and Sheppard coats, cut by Leon Powell were on display in the Waterloo Gallery.

One was a bespoke double –breasted 32oz Greatcoat in Abraham Moon & Sons navy British Warm wool featuring two patch pockets with flaps, slit at the back, box pleat to back seam, half belt and turn back cuffs. 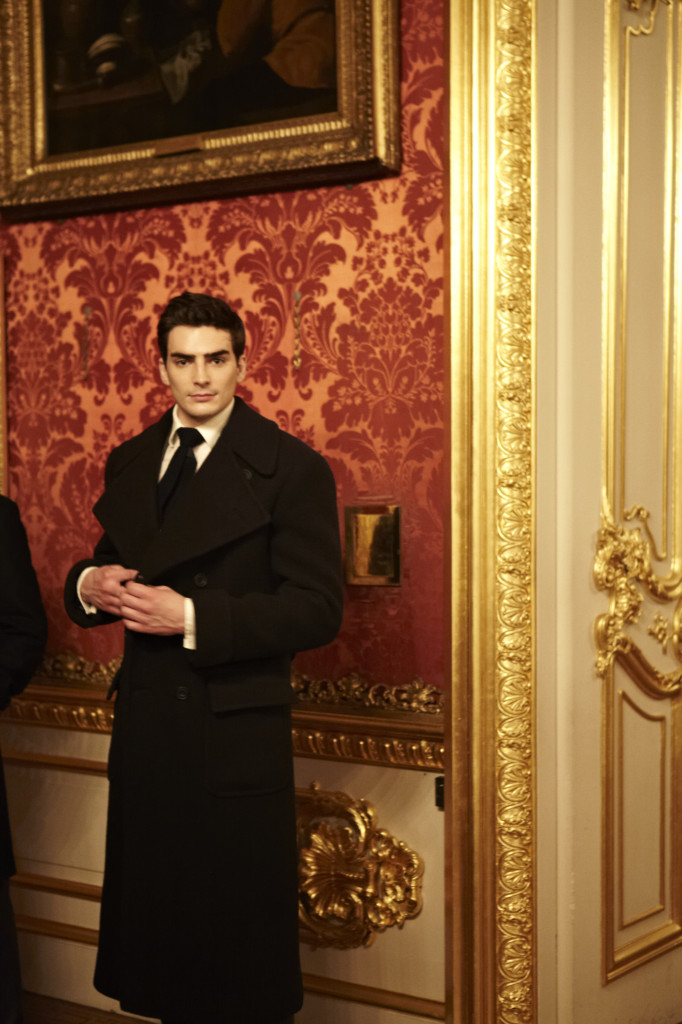 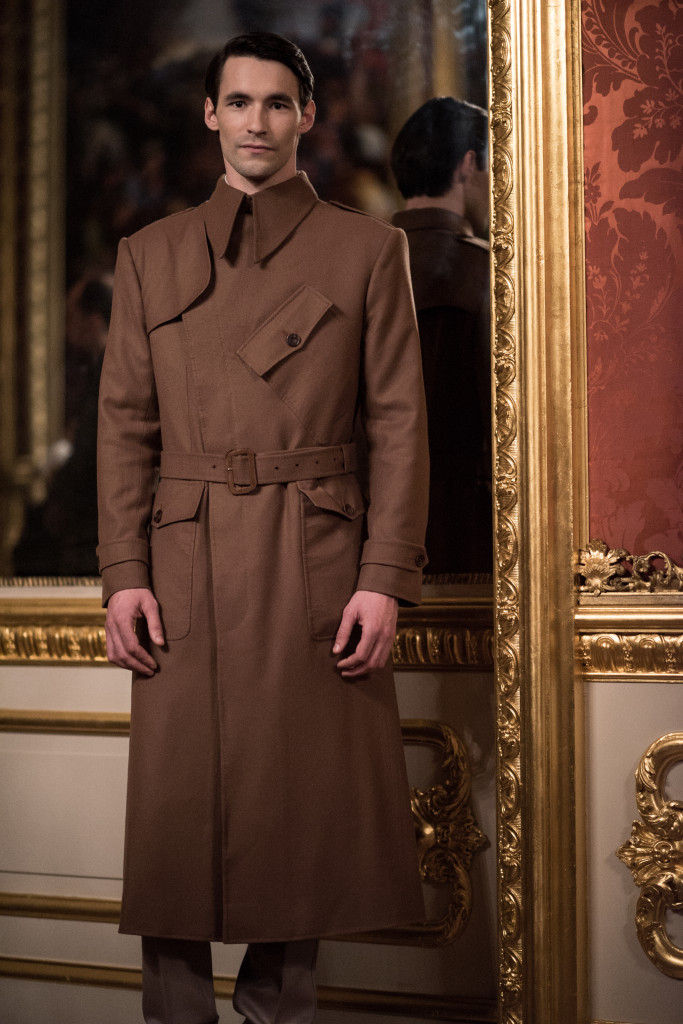 In the Yellow Drawing Room alongside the oldest surviving grand piano in the United Kingdom – The Americus Backers 1772, a model wore a bespoke single breasted three button wool Hacking Jacket cut by Ollie Trenchard. It was a fawn Fox Brothers Covert cloth, exclusive to Anderson and Sheppard and featured slits at the back, slanting pockets, an out ticket pocket and velvet collar.

The presentation was styled by Jo Levin and produced by Anda Rowland, Sammy Aki and Lloyd Almond.