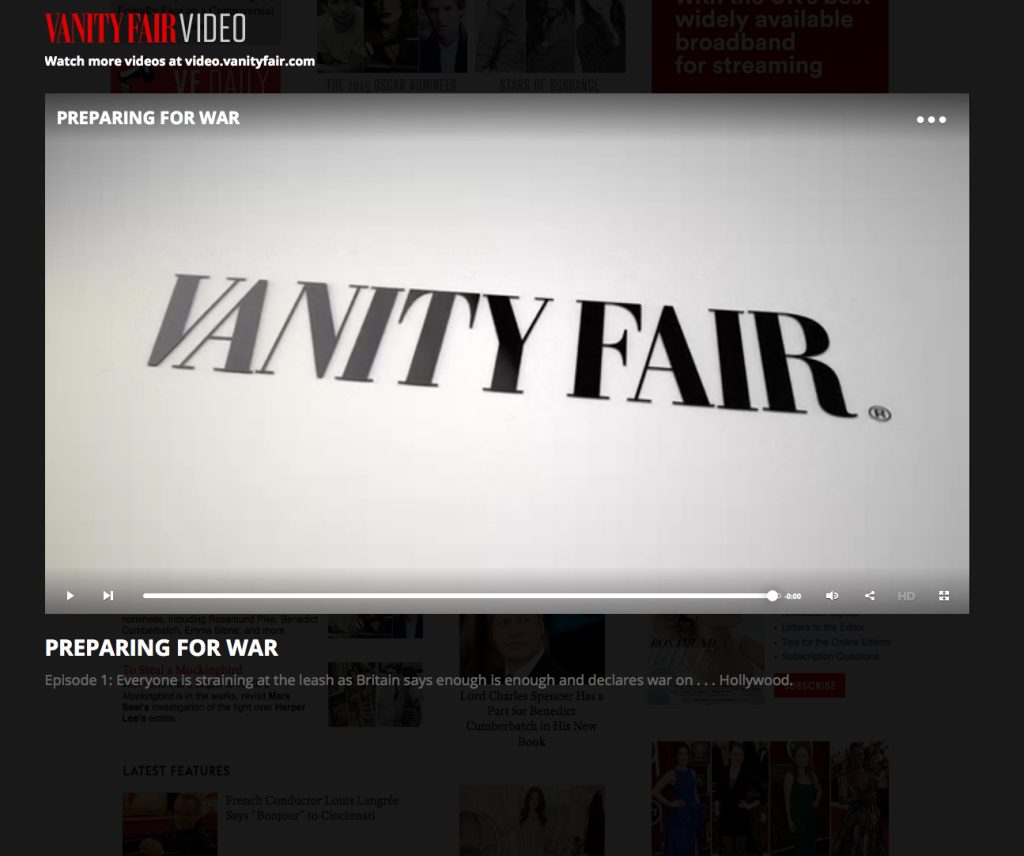 Les is the star of the cutting room today as he appears with Jude Law in Vanity Fair’s new short film.  The London born photographer, Jason Bell, had the idea to shoot an all U.K edition of the magazine’s famous annual Hollywood portfolio after observing that “this British invasion of Hollywood has gotten so out of hand.” 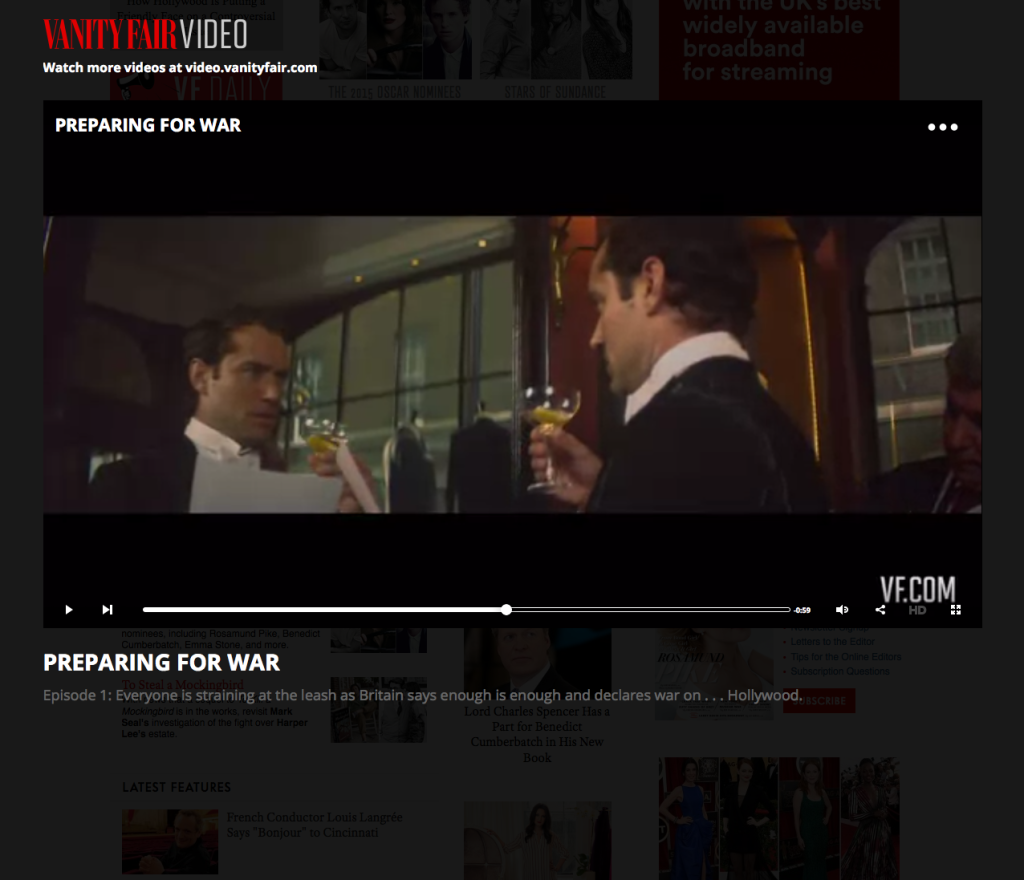 The film can be seen on Vanity Fair’s website www.vanityfair.com. The March issue of Vanity Fair comes out today and features no fewer than 44 British icons in their 30 page Hollywood portfolio.  Please look out for Les in the cutting room. 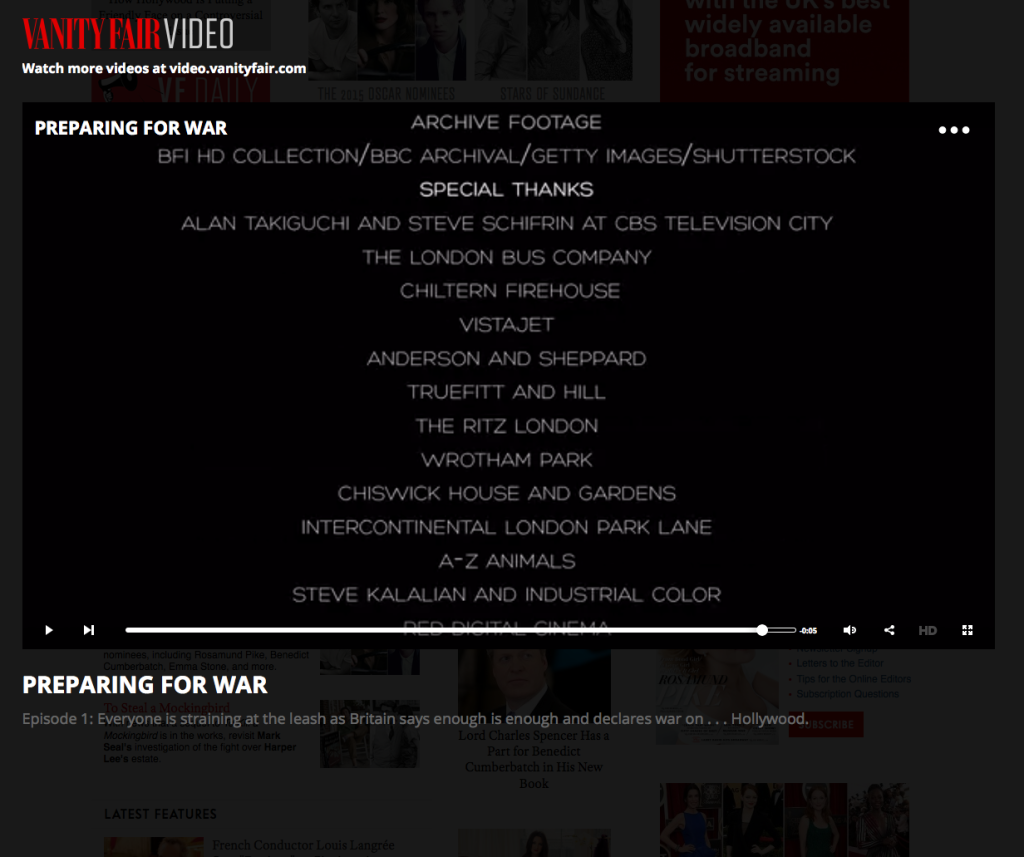 We had another nice surprise when we saw that we were thanked in the credits but, as always, it is everyone at Anderson & Sheppard who would like to thank Vanity Fair for including us.